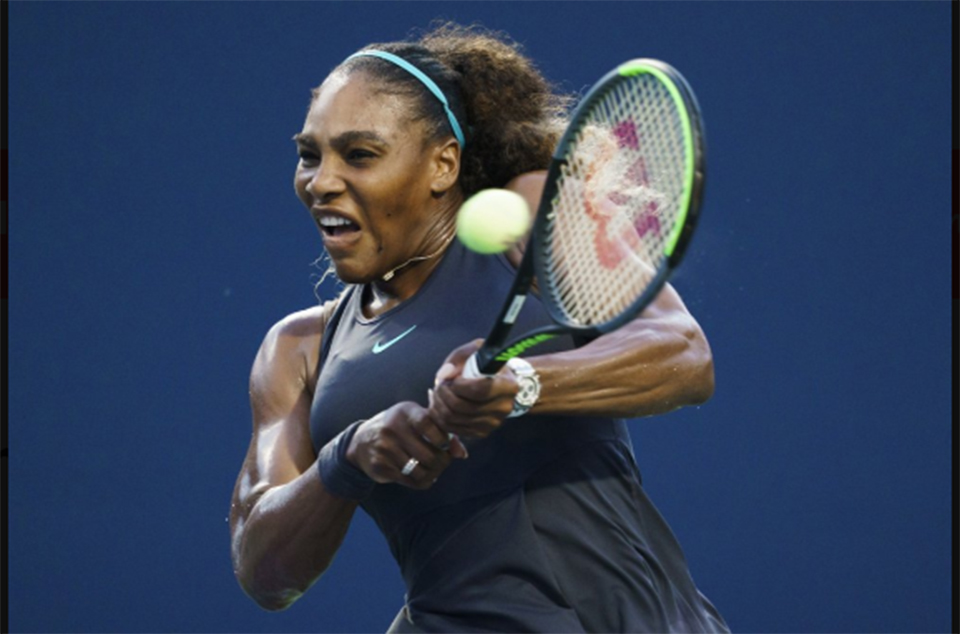 TORONTO, Aug 11:  Serena Williams rallied to avoid a stunning upset and secure a 1-6 6-3 6-3 semi-final win over Czech qualifier Marie Bouzkova at the Rogers Cup on Saturday, setting up a title showdown with local teenager Bianca Andreescu.

Williams was in a battle from the outset against the 21-year-old Czech, who showed no nerves despite playing her first WTA semi-final against a player who was her role model growing up.

Bouzkova quickly went up a double-break for a 4-1 lead and sealed the first set in 29 minutes but Williams quickly made the necessary adjustments and got her first break of the match to go ahead 4-3 in the second before forcing a decider.

The consistency that Bouzkova displayed early in the match suddenly started to fade and when Williams broke to go-ahead 3-1 in the third set, it all but brought an end to the Czech’s impressive Toronto run.

“She just did everything well, she had a really good game plan and she was moving great,” said Williams.

“I just had to make some adjustments, mostly mentally to stay positive.”

Williams arrived in Toronto hoping to get plenty of hardcourt matches in before going for a record-equalling 24th career Grand Slam title at the Aug. 26-Sept. 8 U.S. Open.

Up next in her bid for a first title since returning to competition in 2018 after the birth of her daughter will be Canadian 19-year-old Andreescu, who beat American Sofia Kenin 6-4 7-6(5) in the other semi-final.

Andreescu, who shot to prominence with her Indian Wells triumph in March, extended her dream run to become the first Canadian woman to reach the final of the tournament since 1969.

For Andreescu, who is competing for the first time since withdrawing from the French Open with a shoulder injury, the win was her first two-set victory all week after having spent more time on court than any other player.

“I’ve been through so much the past two months, and all I can say is I’m so happy to be back on court,” an emotional Andreescu said on-court.

“I’m glad it was two sets today, but it wasn’t easy. I was so, so nervous and I just felt like crying after because I’m just so happy. I’d say this is even bigger than winning Indian Wells.”