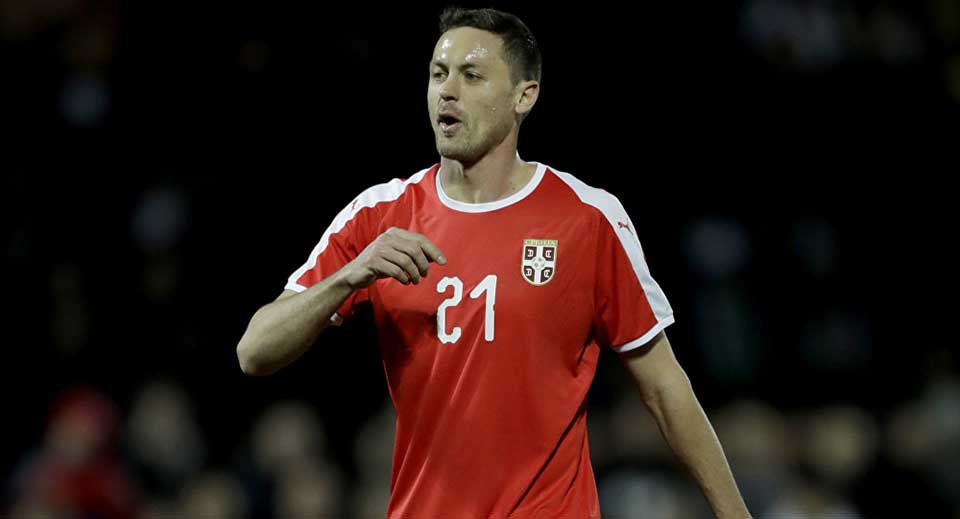 MANCHESTER, Nov 5: Supposedly upon learning what a red poppy stands for, Serbian midfielder Nemanja Matic, who currently holds a contract with the Red Devils, went as far as to state that he was prepared to leave the team altogether if the rules, which were alien to him, were forced upon him.

Member of the Serbian national squad and Manchester United star Nemanja Matic appeared to be the only one playing in a Saturday match between Bournemouth and Manchester United with no poppy flower on his chest, which in the Premier league traditionally marks players’ tribute to Brits who fell in the First World War as well as British NATO soldiers.

According to sources cited by the Serbian media outlet Telegraf, after a poppy flower was pinned on to his shirt, the midfielder asked what it was, and having heard about it honoring fallen British and NATO soldiers, he ripped the flower off his chest and dropped it on the locker room floor, stating emotionally:

“You bombed my country, there is no way that I am going to wear that. If necessary, I am prepared to leave the club and England right away.”

According to the Football Federation rules, it is not compulsory for footballers to wear the remembrance symbol on their chest, and since the move is voluntary, a refusal to wear it is by no means punishable.

Manchester United snatched a 2-1 victory against Bournemouth at the latter’s home stadium Vitality on Saturday.

The UK was part of NATO's bombing campaign against the then Yugoslavia in 1999, when its ethnic Albanian-majority province of Kosovo, part of Serbian territory, fought the Yugoslavian army for independence.

NATO airstrikes spanned several months, from March 24 to June 10, killing vast numbers of people, with the exact death toll still unknown. According to Serbian authorities, about 2,500, including 89 children, were killed and about 12,500 people sustained injuries in the bombings, while the material damage is reported to amount to $30-100 billion.

The military operation was conducted without the approval of the UN Security Council, based on Western countries' allegations that Yugoslavian authorities had masterminded an ethnic cleansing in Kosovo and brought about a humanitarian catastrophe there.

Kosovo’s self-declared independence has been recognized by a number of countries, including Britain and the United States. However, Serbia itself, Russia, several EU states, with Spain among them, and China do not recognize Kosovo as an independent state.

RIO DE JANEIRO, Aug 7: Serbia has advised its athletes competing at the Rio Olympics to withdraw from any medal... Read More...

OSLO, Oct 23 : Some 50,000 troops will kick off NATO's biggest military exercises since the Cold War on Thursday in... Read More...