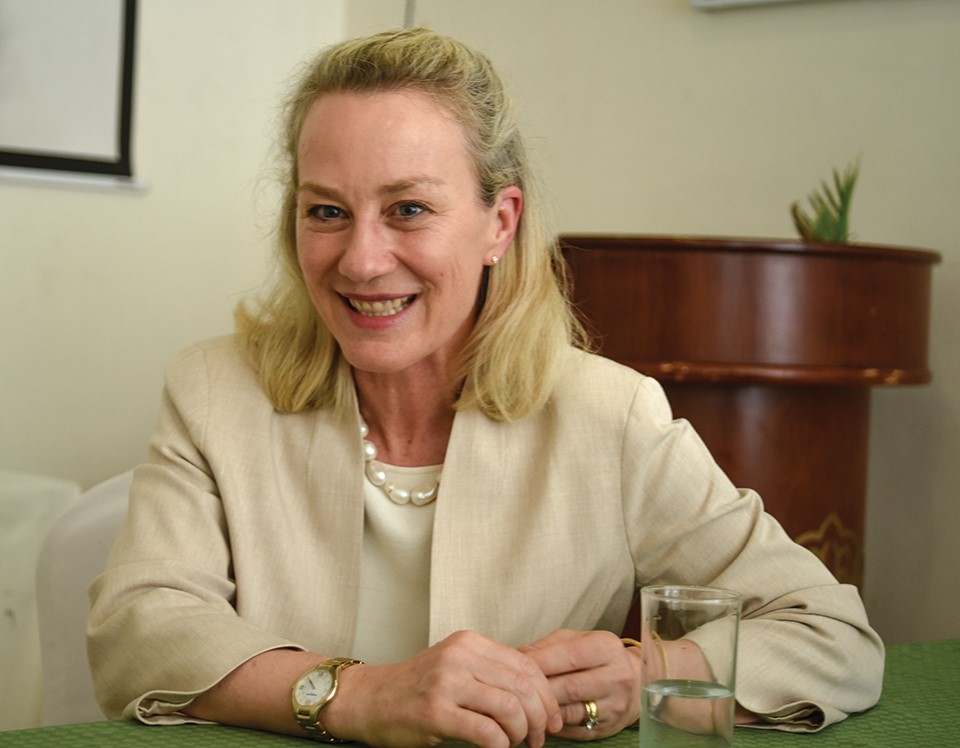 KATHMANDU, May 21: At a time when the ruling Nepal Communist Party (NCP) remains sharply divided over whether the $500 million Millennium Challenge Corporation (MCC) grant agreement should be endorsed by parliament in the current form or with some amendments, a senior US State Department official expressed hope that Nepal 'does not take dictation from China' on the issue of the MCC grant that Nepali side had agreed earlier to utilize for developing power transmission lines and road projects.

Speaking to journalists from Central and South Asia during a virtual press briefing on Wednesday, Principal Deputy Assistant Secretary of Bureau of South and Central Asian Affairs of the Department of State, Alice G Wells expressed displeasure over the ‘unnecessary controversies’ created about the MCC grant agreement in Nepal. “The Government of Nepal is sovereign, that it does not take dictation from China, and that it will do what is in the best interests of its country to advance the economic welfare of its people,” she said.

Wells was responding to speculations if the China factor is hindering the passage of the MCC deal from Nepal’s parliament. China has been perceived as the main factor for opposition to parliamentary endorsement of the MCC agreement in Nepal.

While expressing happiness over Foreign Minister Gyawali’s strong defense of the MCC grant agreement, Principal Deputy Assistant Secretary Wells pointed out that “there’s been a great deal of misinformation and disinformation about America’s assistance to Nepal.” She explained that MCC, established in 2004, “is completely unrelated to President Trump’s vision of an Indo-Pacific that’s free and open.”

Wells also expressed displeasure that this grant assistance “has become a political football in Nepal.”  She also clarified that MCC is one of many programs that the United States has utilized to help grow relations with Nepal and to help Nepal develop.

Wells ascribed the latest debate about MCC as an offshoot of internal politics in Nepal and expressed hope that leaders of Nepal will stand up for the people of Nepal and move forward with the MCC. She is retiring later this month after serving in this capacity for three years.

The US grant project has courted controversy in Nepal in recent times and has sharply divided ruling NCP and even the public. While some interpret it as a part of the military strategy of the US government meant to contain the rise of China, others have defined it as a countermeasure to China’s Belt and Road Initiative (BRI). A section of ruling party leaders has advised the government not to endorse the MCC agreement without altering at least 11 provisions in the MCC agreement.

Nepal not to join any military alliance: DPM Pokharel

MCC board approves $500 million US grant to Nepal

KATHMANDU, Aug 18: A meeting of the board of directors of the Millennium Challenge Corporation (MCC) has approved the grant... Read More...

Ill-managed quarantine facilities putting lives of many at risk, doctors say
1 hour ago

11 killed, 22 injured in road accident in Bank
3 hours ago