‘Security response in 10-30 minutes in zones at risk’

KATHMANDU, Nov 26: The Home Ministry has assured security responses within 10 to 30 minutes in case of any threat to polling centers or voters during the first phase parliamentary and provincial assembly elections on Sunday.

Security agencies have marked out over 700 polling locations out of the 2,919  in the 32 districts where the key polls are scheduled for Sunday.

In  view of the security threat from the Netra Bikram Chand-led Communist Party Nepal and other forces, the government has arranged three layers of security comprising a joint force of Nepal Police and temporary police personnel, the paramilitary Armed Police Force and the Nepal Army.
“The Home Ministry has arranged enough reserve forces in addition to the three-layer security.

Quick response teams will arrive in 10 to 30 minutes in case of any security threat,” said Home Secretary Mohan Krishna Sapkota at a press briefing on the eve of the first phase polls.
“The government has arranged air and land patrolling for  quick security response, in  view of the geography of the country,” he added. The government has  hired helicopters from private companies  to cover the remote areas.

Reviewing the successful   security plans and arrangements on the ground for past polls, the government has formulated new security arrangements to simultaneously cover polling stations and nearby settlements.

Sapkota informed that the security situation is under control despite anti-election incidents in  recent weeks. “Security bodies have seized illegal weapons from across the country and 400 cadres of the Chand-led outfit have been detained for involvement in anti-poll activities,” he added.
While the government claims adequate security managements on the ground, including preventive measures, explosions have been reported from different districts even on Saturday, including at a polling center in Taplejung.

The ministry has appealed to people to take part in the voting without fear and anxiety. “The Home Ministry is committed to concluding the elections in an environment free of  fear and assures voters full security,”  Sapkota added.

According to the government, 64,000 army personnel, 68,000 police, 42,000 Armed Police Force personnel and 98,000 temporary police will be deployed for the two phase elections scheduled for Sunday and for December 7. A central security command has been formed to mobilize security forces at the regional and district levels, according to the ministry. Security agencies said surveillance and patrolling have been intensified  at security-risk  areas identified by intelligence.

KATHMANDU, Nov 10: Questions are being raised from various quarters over the prospects for effective security arrangements as the Ministry of... Read More...

Govt lists out hotels available for quarantine
2 hours ago 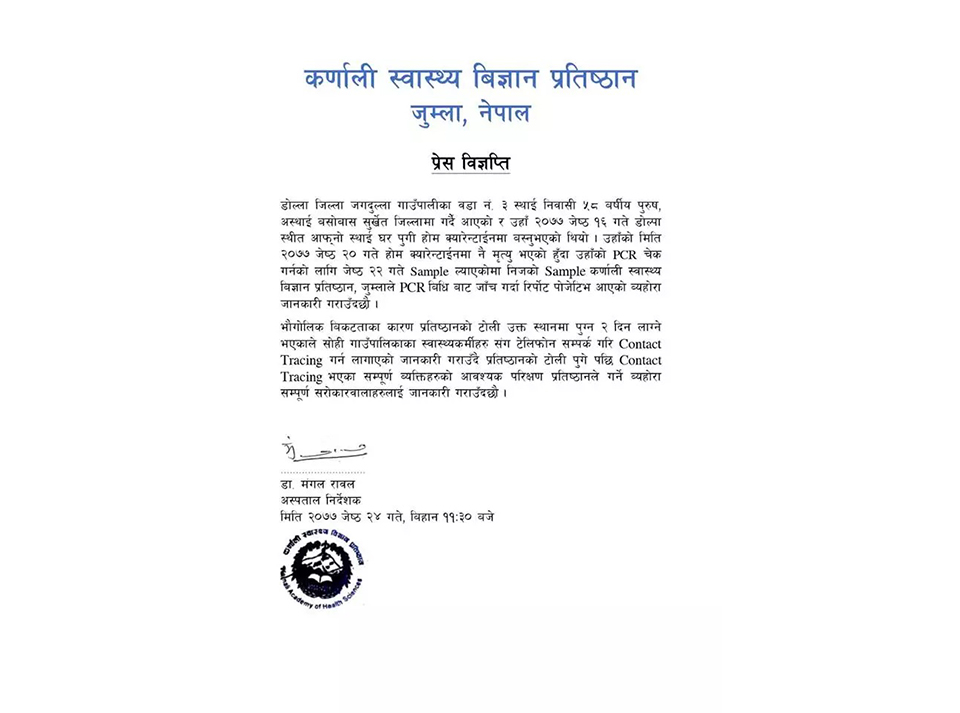 Govt lists out hotels available for quarantine
2 hours ago

'Am I going to get shot?' kids ask, as brands try to explain racism and violence to children
3 hours ago