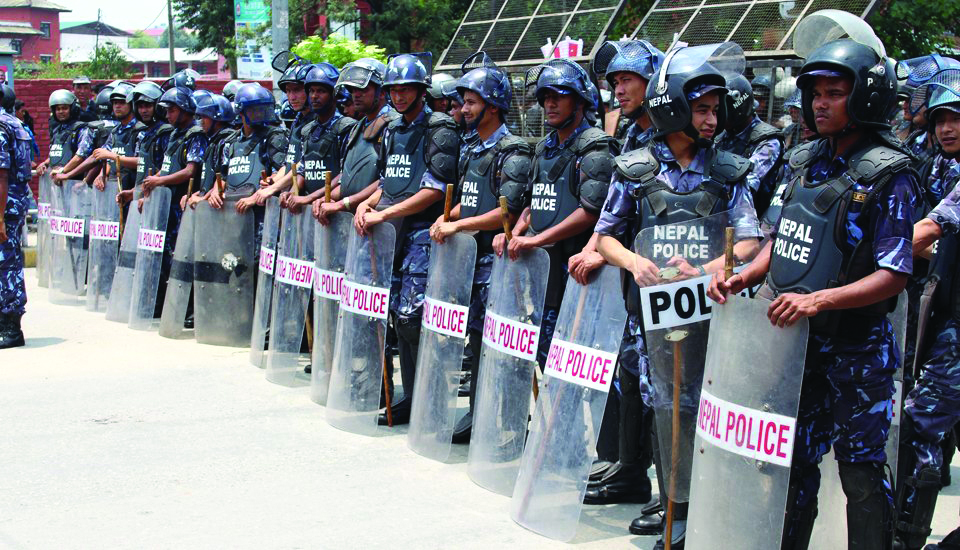 KATHMANDU, Dec 20: Following the highly controversial decision by Prime Minister KP Sharma Oli to recommend the dissolution of parliament, security forces have been kept on high alert over possible violence and protests in major cities of the country.

As people across the country have raged against PM Oli’s move, the government has directed the security forces to stay on high alert in view of possible violence all over the country, a source at the Ministry of Home Affairs told Republica.

The government has asked all the security forces to stay on high alert, a cabinet minister told Republica.

“The decision has been heavily criticised by people from all walks of life. There is a threat of possible violence all over the country. Therefore, the ministry has directed security forces to stay on high alert,” said the source.

“All the security forces have been instructed to be on high alert. All the police stations in Kathmandu Valley and in major cities have been directed to stay on high alert following direction from the Home Ministry,” a high-ranking officer at the Nepal Police Headquarters told Republica.

Earlier today, a cabinet meeting had decided to recommend to the President for the dissolution of the lower house--House of Representatives. Leaders from across the political spectrum, including the ruling Nepal Communist Party, have strongly criticised PM Oli’s move.

NC-proposed candidate must be made new President: Sharma
1 hour ago