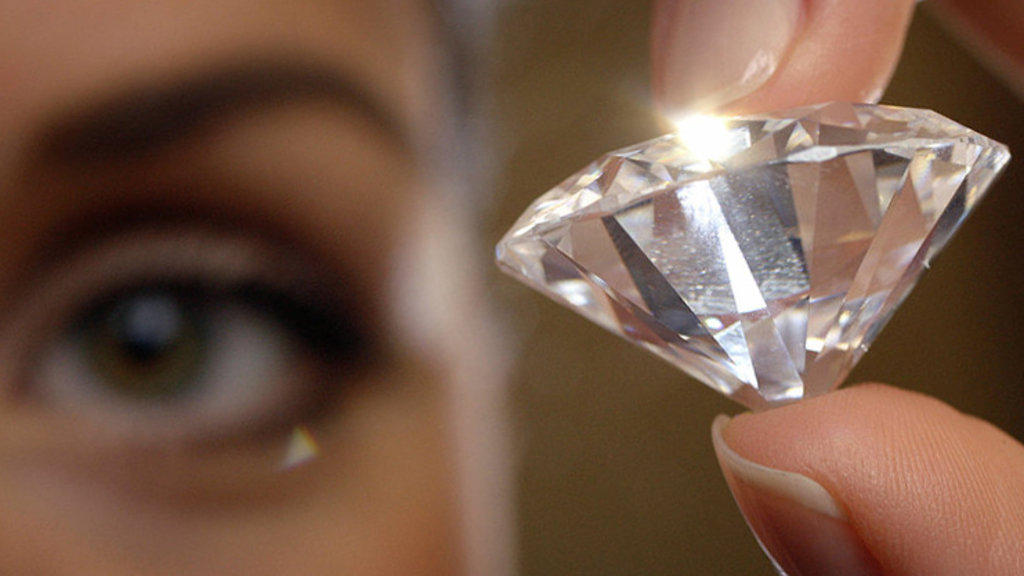 Scientists just unearthed an eye-watering hoard of diamonds, so valuable it would completely destroy the world’s economy. The scientists reckon there’s a quadrillion tonnes of diamond buried in the ‘cratonic roots’ in continents. There’s just one, tiny, catch: the treasure trove is buried 100 miles down, deeper than any drill has ever penetrated, according to MIT researchers.

Cratonic roots are the most ancient sections of rock under tectonic states, shaped like upside-down mountains. The researchers estimate that the roots may have 1-2% diamond, meaning that about a quadrillion tons of diamond are buried there.

‘We can’t get at them, but still, there is much more diamond there than we have ever thought before.’ The researchers concluded that there were diamonds down there due to an anomaly in seismic data – where sound waves seemed to speed up. Faul and his colleagues calculated that the anomaly could be caused by 1%-2% of diamonds in the ‘cratonic roots.’ Faul said, ‘Diamond in many ways is special. One of its special properties is, the sound velocity in diamond is more than twice as fast as in the dominant mineral in upper mantle rocks, olivine.’

Newly found planet could be just right for life

WASHINGTON, April 20: Astronomers have found yet another planet that seems to have just the right Goldilocks combination for life: Not so... Read More...

How Hukam derailed Nepal’s vaccine procurement: a story of power, greed and commission
21 hours ago