Issuing a verdict, the apex court annulled the decision of the LTO to impose Rs 39 billion tax on the Ncell Private Limited.

Ncell Private Limited on April 23 had challenged the capital gains tax assessment made by the Large Taxpayers' Office (LTO) at the SC.

One of the largest telecommunications companies in the country moved the apex court seeking annulment of the LTO decision in April this year, two days before the expiry of the seven-day deadline for settling Rs 39 billion as the balance of the CGT assessment including fines and interest. The Ncell had maintained that the tax assessment was against the SC verdict handed down by a larger full bench led by Chief Justice Cholendra SJB Rana on February 7 this year.

In its petition, the Ncell argued that the LTO's tax assessment violated constitutional rights and is against the SC verdict. Ncell claimed that it was not given any information about the tax assessment nor was it asked for any tax filing before the tax was assessed. 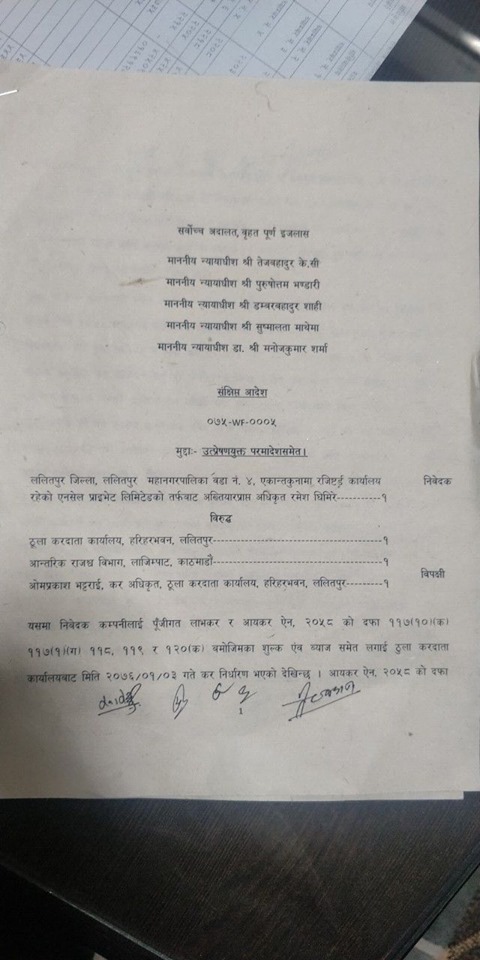 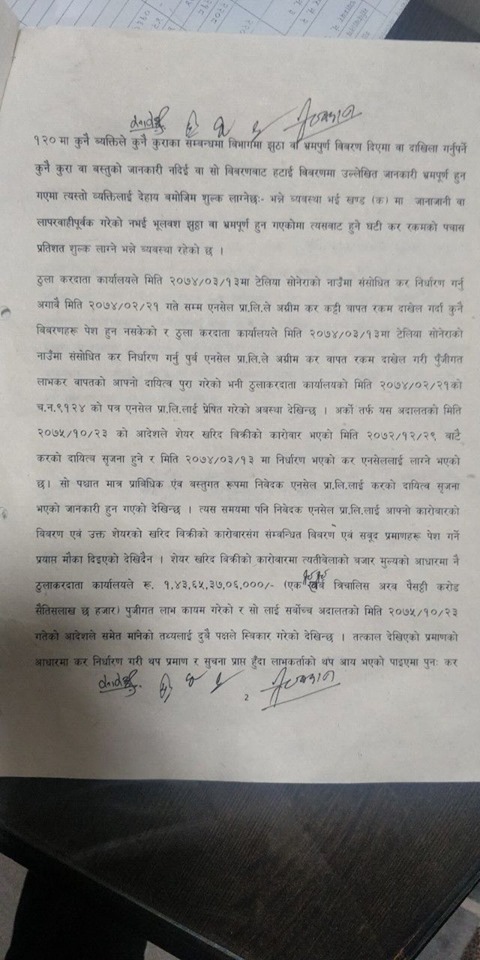 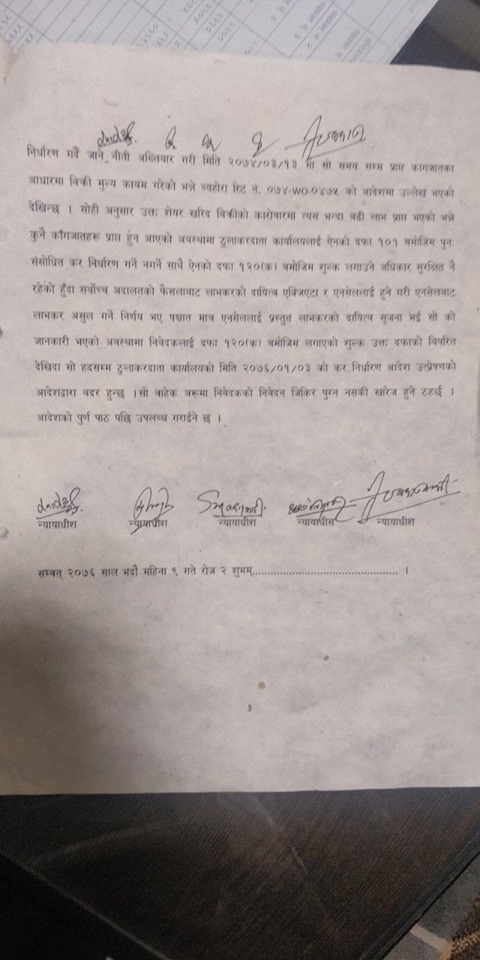 KATHMANDU, Aug 30: Members of the Parliamentary Committee on Law, Justice and Human Rights have expressed its concerns over the... Read More...

KATHMANDU, April 23: Ncell Private Limited has challenged the capital gains tax assessment made by the Large Taxpayers Office, at the... Read More...