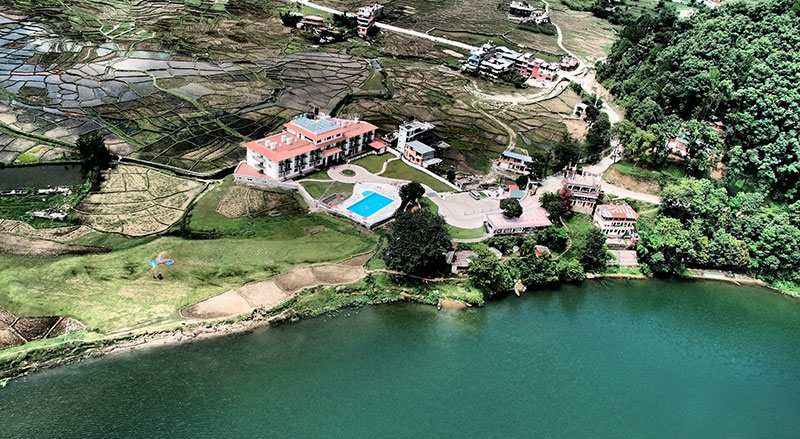 KATHMANDU, Dec 20: The case of controversial Hotel Waterfront, which allegedly encroaches the land of Fewa Lake, has been postponed for the third time.

On July 7, 2011, advocate Khagendra Subedi had filed a case against tourism entrepreneur Karna Shakya, the owner of Hotel Waterfront, saying that the resort was built by encroaching the land of Fewa Lake.

A joint bench of Justices Om Prakash Mishra and Sapana Malla had ordered the government to form a probe panel to look into the case.

In response to the Supre Court’s order, the government had formed a probe panel under the coordination of senior surveyor Naraya Regmi.

According to the report submitted at the SC by the committee, Shakya’s resort has encroached around 70 percent of Fewa Lake.

Locals have also been demanding removal of Hotel Waterfront saying that it has been built in violation of the resort standards.

KATHMANDU, October 12: The hearing on appointment of 80 judges of High Court who were appointed nine months ago has been deferred. Read More...