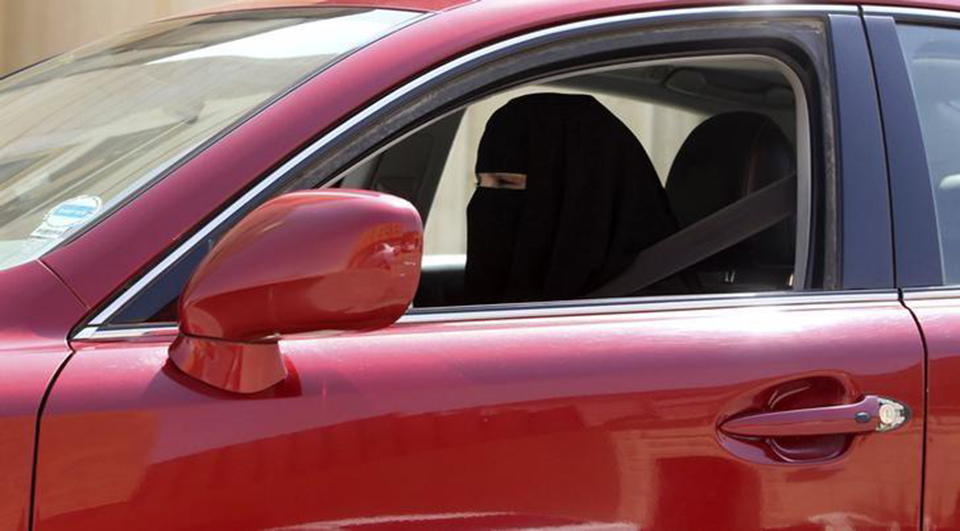 RIYADH, Sept 27:  Saudi King Salman on Tuesday ordered that women be allowed to drive cars, ending a conservative tradition seen by rights activists as an emblem of the Islamic kingdom’s repression of women.

The kingdom, the birthplace of Islam, has been widely criticized for being the only country in the world that bans women from driving, despite gradual improvement on some women’s issues in recent years and ambitious government targets to increase their public role, especially in the workforce.

Despite trying to cultivate a more modern image in recent years, the driving ban had been a longstanding stain on Saudi Arabia’s international image.

The royal decree ordered the formation of a ministerial body to give advice within 30 days and then implement the order by June 24, 2018, according to state news agency SPA.

It stipulated that the move must “apply and adhere to the necessary Sharia standards”, referring to Islamic law. It gave no details but said a majority of the Council of Senior Religious Scholars, Saudi Arabia’s top clerical body, had approved its permissibility.

An hour after the official announcement in Saudi Arabia, a jubilant Saudi ambassador to Washington, Prince Khaled bin Salman, said it was “an historic and big day in our kingdom”.

“I think our leadership understands that our society is ready. I think it’s the right decision at the right time,” the ambassador said.

Positive reactions quickly poured in from inside the kingdom and around the world.

The U.S. State Department welcomed the move as “a great step in the right direction”. President Donald Trump commended the decision, the White House said in a separate statement that pledged U.S. support for a plan the Kingdom announced last year for economic and social reforms.

“This is a positive step toward promoting the rights and opportunities of women in Saudi Arabia,” the White House statement said. “We will continue to support Saudi Arabia in its to efforts to strengthen Saudi society and the economy through reforms like this and the implementation of Saudi Vision 2030.”

For more than 25 years, women activists have campaigned to be allowed to drive, defiantly taking to the road, petitioning the king and posting videos of themselves behind the wheel on social media. The protests brought them arrest and harassment.

Activist Manal al-Sherif, who was arrested in 2011 after a driving protest, took to Twitter following the king’s announcement to express her relief. “Today, the last country on earth to allow women to drive... we did it”, she wrote.

Latifa al-Shaalan, a member of the Shura Council, an advisory body, said the decision would strengthen women’s employment in the private sector.

“This is an historic day and I cannot find the words to express my feelings and the feelings of thousands of Saudi women,” she said on Arabiya TV.

In Saudi Arabia, a top Arab ally of the United States, women are legally subject to a male guardian, who must give approval to basic decisions they make in fields including education, employment, marriage, travel plans and even medical treatment.

Women in the kingdom are also bound by law to wear long robes and a headscarf and require the consent of a male guardian for most legal actions.

Prince Khaled, the ambassador, said women would not need permission from their guardians to get a license or have a guardian in the car and would be allowed to drive anywhere in the kingdom, including the Islamic holy cities of Mecca and Medina.

Women with a license from any of the Gulf Cooperation Council countries would be allowed to drive in Saudi Arabia, he added. He said the Interior Ministry would have to decide whether they could be professional drivers.

“In terms of international PR, this is the biggest overnight win that Saudi Arabia - and particularly MBS - could possibly have,” said Jane Kinninmont, senior research fellow at Chatham House.

The position of Saudi women gradually improved under late King Abdullah and since King Salman took over in 2015, the kingdom has been opening more areas for women through the government’s modernizing reforms.

That has sparked tensions with influential clerics upon whose support the ruling family relies.

Some reactions to Tuesday’s announcement reflected that. Critics took to Twitter to denounce the decision, accusing the government of “bending the verses of Sharia”.

“As far as I remember, Sharia scholars have said it was haram (forbidden) for women to drive. How come it has suddenly become halal (permissible)?” another user wrote.

He added: “It’s not women must drive, it’s women can drive. So if any women do not want to drive in Saudi Arabia, that’s her choice.”

Some leading members of the country’s powerful and austere Sunni Muslim clergy have argued against women being allowed to drive, which they say could lead to them mingling with unrelated men, thereby breaching strict gender segregation rules.

The decision could also have broad economic impacts, making it possible for women to get to work without a driver but also curbing the popularity of car hailing apps like Uber and Careem.

Prince Khaled, a son of the king, said the decision was as much about economic reform as social change.

His older brother, 32-year-old Crown Prince Mohammed, has become the face of reform in the kingdom in the past few years.

Many younger Saudis regard his ascent as evidence that their generation is taking a central place in running a country whose patriarchal traditions have for decades made power the province of the old and blocked women’s progress.

“Oh my God, this is amazing. Ever since Mohammed bin Salman’s rise, he has fast-tracked all the changes that are needed for our country,” said Marwa Afandi, a 35-year-old event planner in the Red Sea city of Jeddah.

“Congratulations to all my ladies, this is a real victory.”

Our government was overthrown with the help of reactionaries: Oli
11 hours ago
Finance Minister Sharma looks to announce new budget for FY 2021/22
9 hours ago