Sanima branch at Dolakha collides with its CSR priorities 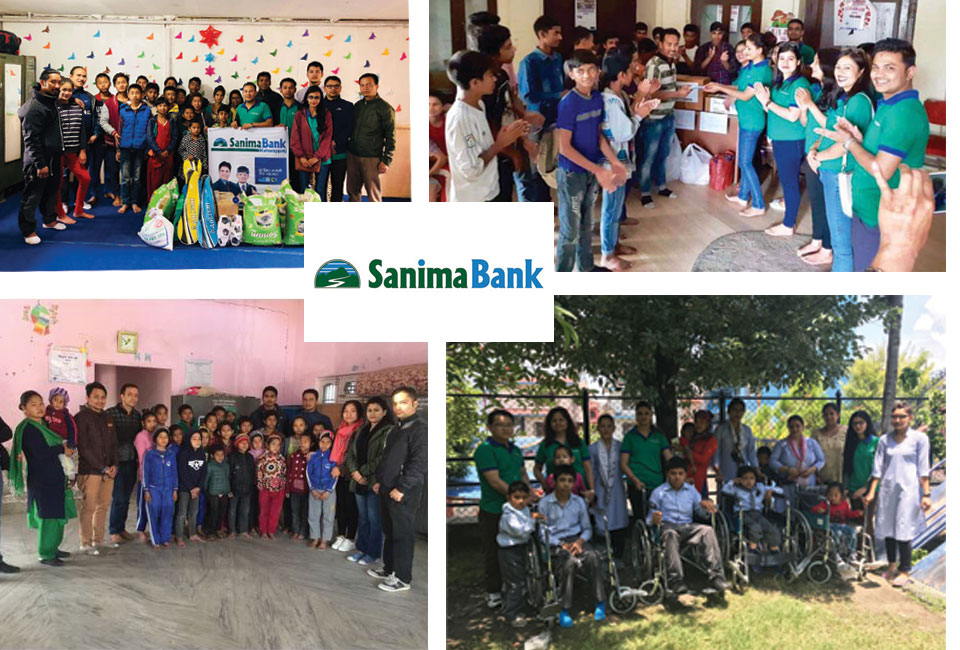 KATHMANDU, July 18: Sanima Bank Ltd, which opened its branch in a newly reconstructed community school at Melung rural municipality of Dolakha, is straying from its own corporate social responsibilities where it champions children and education.

The bank has leased Bhim Secondary School for 10 years at Rs. 15,000 per month, thereby keeping children away from safer classrooms for another decade. The children had been pursuing their studies in temporary classrooms for three years after the earthquakes of 2015.

For example, in 2018, the bank provided financial support of Rs. 1 million to Teach for Nepal, a nongovernmental organization helping to promote education in rural parts of Nepal.

Likewise, it also provided lunch boxes and stationery items to children of Hawker Club Nepal at Balmandir, stationery items and grocery to Children Home, distributed wheelchairs for children who are physically impaired, mentally different and those orphaned or discarded by their families, distributed course books to Machhindra Multiple Campus of Dhading among others.

“We are uncomfortable with our decisions and we have no intention to keep children away from their classrooms,” Saroj Guragain, chief financial officer at Sanima Bank Ltd said. He added that their decision was guided by recommendations from rural municipality which decided to rent the building. “We assumed that it was the school’s extra building that could be use,” he added.

Guragain, however, dismissed that their decisions had any linkages with the CSRs they champion for. As a result, the bank is looking at other available options to relocate the newly opened branch.  “We also are exploring what we can do for the school under our CSR,” he said adding that the decision was largely guided by ‘banking perspective’. “Banks need to be close to the rural municipality and at safer and sturdier locations. Hence, the school’s building.”

The school, however, said that they had approved for the rent to bring much needed income to support its teachers.  “We were forced to give the building for lease to support contract based teachers,” Sachin Thokar, the school’s principal said. At present, the government has allocated only three staff.

The National Reconstruction Authority provided Rs. 9 million to build two storey six room building. At present, the bank has occupied four of its six rooms. The remaining two rooms are being used as school’s office and library. There are 150 students in the school.

(With inputs from Ramesh Khatiwada)