Samata Hospital founder Sanjel, three others arrested after suspicious death of a staffer 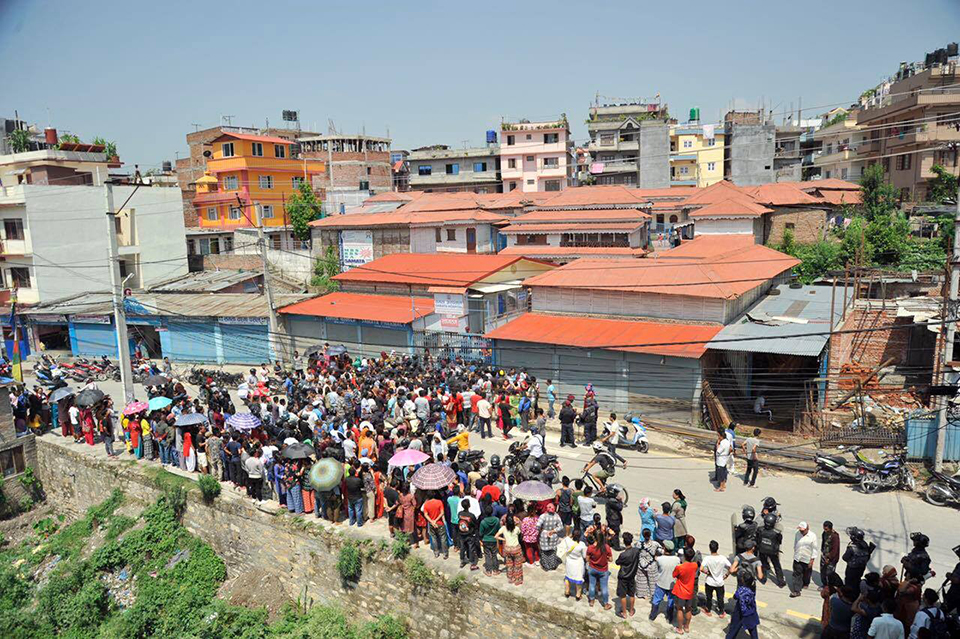 KATHMANDU, June 19: Police on Tuesday arrested four persons including the founder of Samata Hospital, Uttam Sanjel, after a female staffer working at the hospital was found hanging inside one of the hospital rooms.

Other arrestees are Sanjel's wife Kala Adhikari and two hospital staffers. Police say they have been arrested for investigation.

“The body was hanging from the ceiling with her feet an inch above the ground. There were blood marks near the crime spot. I managed to enter and observe the crime scene,” said Lama adding, “After some time the police denied entry to relatives and media persons that turned the situation chaotic.”

Bimala Tamang, who was working as a cleaner at the hospital was found hanging inside a hospital room. Family members of the deceased vandalized the hospital. Police fired tear gas at the protesters.

Shortly after Bimala's death, her relatives and protestors staged a protest outside the hospital and vandalized the hospital area. Tension ran high throughout the day. Police had to charge baton and fire tear gas at the protesters to disperse them.

Bimala's husband, Buddha Raj Tamang, 34, started searching for her wife after she went missing on Monday evening. He looked for her inside the hospital but could not get access to one of the rooms that was locked from outside. On Tuesday morning, she was found hanging inside the locked room which led the family members and relatives believe that she had been silently murdered and hanged later. They further demanded an immediate probe into the incident.

One of the cousin sisters of the deceased, Manisha Tamang, 27, said that Bimala was a cleaning staff at the hospital. “She had come from India a few months ago with her husband and their six-year-old child and had started working at the hospital about two months ago,” said Tamang.

Another relative Dikh Bahadur Lama reached the hospital after he was called up by Bimala's husband at around 4 am in the morning. “There are several indicators that hint at a planned homicide. If it is the case, we strongly demand that justice is delivered to us,” said Lama.

Deputy Superintendent of Police (DSP), Hobindra Bogati, spokesperson for the Metropolitan Crime Range, said that they have launched a probe into the incident. “We have collected a note from the body of the deceased and have taken other two staffers of the hospital into custody,” said Bogati.

Police have not disclosed anything about the note recovered from the crime scene. By the time, when the story was filed it was not clear whether the woman committed suicide or she was murdered.

Bimala's body has been taken to Tribhuvan University Teaching Hospital for an autopsy. “We cannot ascertain the cause of the death until the autopsy report is out,” said DSP Bogati.