The new development comes barely two days after President Bidya Devi Bhandari issued an ordinance paving room for the split of the parties at the recommendation of the Council of Ministers.

As per the new deal, the new party will use the flag of Samajbadi Party and election symbol RJP’s umbrella.

Meanwhile, a group of seven members of parliament including Renu Yadav from the Samajbadi Party decided to quit and launch a new political party on Wednesday night. The splinter group of the Samajbadi Party is preparing to register the party at the Election Commission most likely on Thursday, according to sources.

On Tuesday evening, President Bhandari issued the ordinance related to amendment in the provisions of the Political Party Act. The new ordinance allows leaders of a political party to split the party if they have   40 per cent support either in the central committee or the parliamentary party. 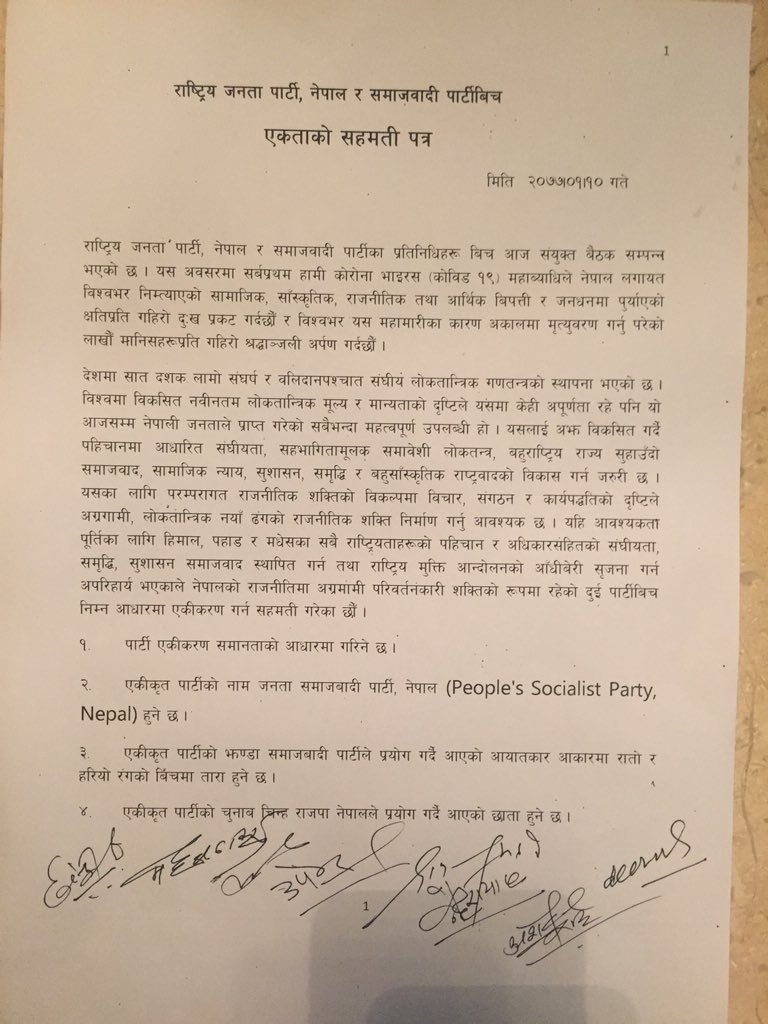 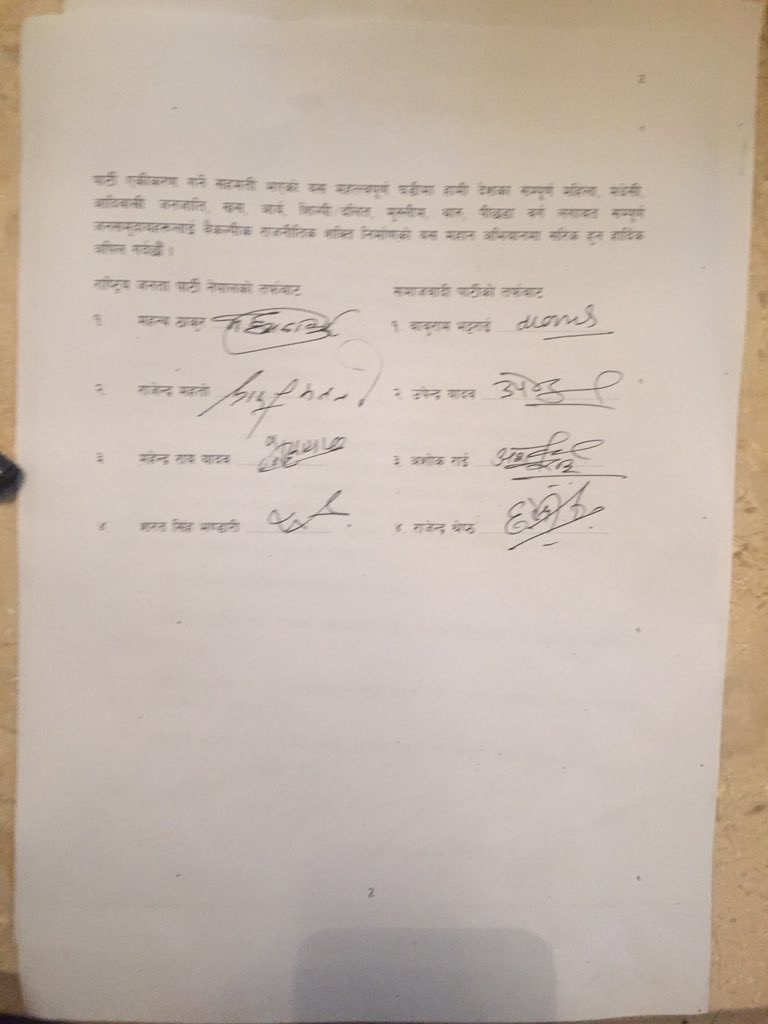 Four arrested with Red Panda hide, two others with musk
17 minutes ago

President confers decorations and awards on 903 individuals
46 minutes ago