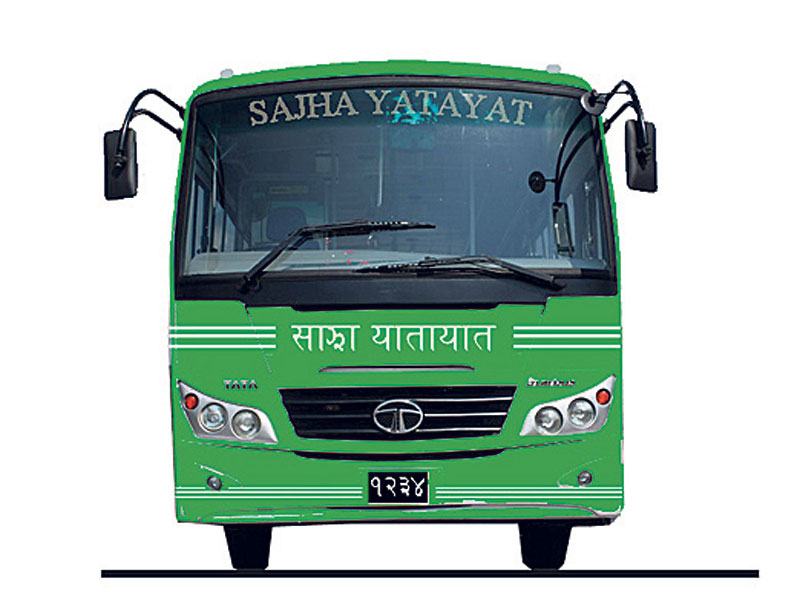 KATHMANDU, Nov 18: After getting the route permits for 30 new buses, Sajha Yatayat, a public transport company, has unveiled its plan to ply the new buses by the end of November.

“As we just got permission to run our new buses, we are planning to operate them the end of this month (November),” Mahendra Raj Pandeya, acting chief executive officer of Sajha, told Republica on Thursday.

According to him, the Department of Transport on Wednesday approved four routes as proposed by the company for its new buses.

The new buses are disable-friendly and were bought by the company some months ago with an assistance of Rs 100 million by the Kathmandu Metropolitan City (KMC).

As of now, Sajha Yatayat operates 16 buses. Among them, 8 buses operating inside the Valley and the remaining are serving outside the Valley.

“Now, the total 38 buses will be serving in Kathmandu valley from which 8 buses are our old buses,” he further said.

Officials at the Sajha Yatayat informed that each new bus will have a capacity of 40 seats and will be disable friendly as well.

The buses will have two doors each. The back door can carry wheelchair inside the bus and the officials believed that it will give great respite to the disable people during their travel.

According to Pandeya, those buses will have features like automatic doors, CCTV cameras and TV screens. Likewise, the officials claimed that at least 100 passengers can travel in each bus.

The KMC had decided to provide Rs 100 million to Sajha with the hope to improve public transportation in Kathmandu.

KATHMANDU, July 30: The Sajha Yatayat, a cooperative public transport organization which has been operating 16 buses inside Kathmandu Valley,... Read More...

KATHMANDU, May 10: As the first-phase of local-level election is just around the corner, buses of Sajha Yatayat are seen... Read More...