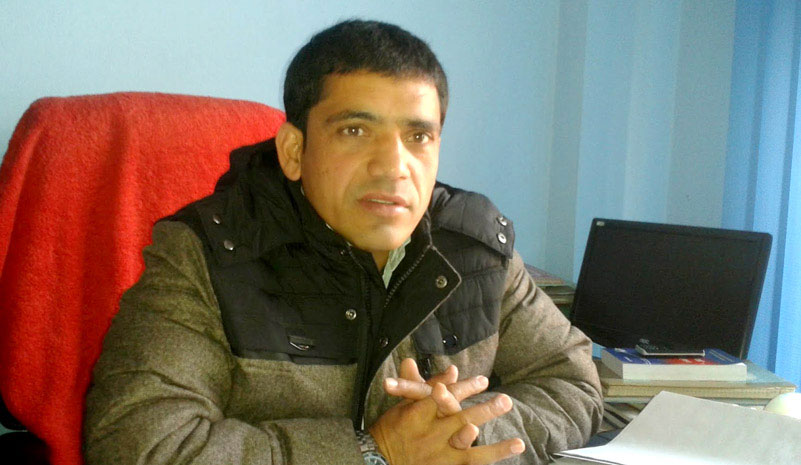 KATHMANDU, Aug 1: Reinstated Sajha Prakashan General Manager Dolindra Prasad Sharma is now in the crosshairs of ex-staff who are yet to be paid their dues.

Sharma's tenure as chairman expired on July 27, but he will continue at the state-run publishing house as general manager for three years. He is reportedly lobbying to be allowed to work there in both capacities again.

A total of 128 Sajha staff, who retired at different times or were given the golden handshake , have been staging protests on a daily basis demanding that the perks promised them be provided without further delay. They have not received their gratuity and perks even after two years despite several assurances given by Sharma.

Some of the former staff have received 20 percent of their retirement packages while several others have not received a single penny. Sajha needs about Rs 170 million to pay all the 128 staff their gratuity and perks, according to Desar Rai, coordinator of the struggle committee representing the retirees.

GM Sharma had assured the retired staff on four different occasions that their dues would be cleared. He has even given his commitment in writing twice. The deadline for the first written assurance was mid-January and that for the second was July 16. According to the latest written commitment, he was to pay them off even if that meant taking loans or selling off Sajha property. "If they were not paid by July 16, they would be reappointed at Sajha Prakashan," Sharma said in writing on May 4.

Retired Sajha staff have been hard pressed by the delayed paymnents. Suman Khadka, a former driver at the publishing house, died about a month ago before he could see the money he was due. Tej Kumar Shrestha, former editor of Gramima literary monthly published by Sajha, has suffered double kidney failure. Prem Sherpa, another ex-staffer, has a wife who is in a coma in hospital.

"GM Sharma is not bothered by the commitments he has made nor appreciates the difficulties faced by ex-staff of the 105-year-old Sajha Prakashan," said struggle committee coordinator Rai. "We will stage protests until he pays up," he said, adding that Sharma is busy frequenting the corridors of power to be reinstated as Sajha chairman.

Sharma, for his part, said he was in consultations with the finance minister and the education minister to resolve the problem. "I will pay them within a month," he said and blamed the Republica and Nagarik newspaper dailies for creating the problems at Sajha .

The Ministry of Education had sacked Sharma from Sajha back in September last on charges of irregularities. He was accused of appointing those close to political leaders and media persons, not carrying out any audit at Sajha, not maintaining the books, allowing use of the Sajha logo by private publishers, transferring Rs 5 million from Sajha to his own account, and flouting the rules in serving as chairman.

However, the Supreme Court issued a stay order against his sacking and reinstated him on November 1, 2017.

KATHMANDU, Oct 9: The Supreme Court (SC) has issued a show-cause order in the name of the government over the... Read More...