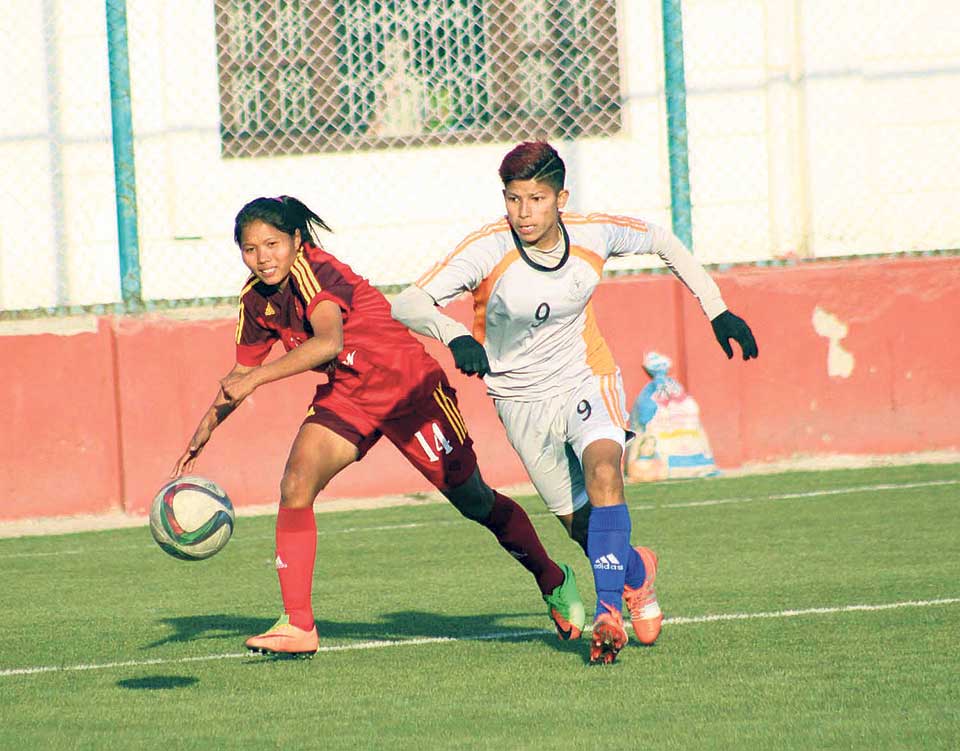 In the match played at ANFA Complex ,Satdobato, Sabitra’s 50th minute strike was all that was needed to settle the match for the top spot. Sabitra scored the decisive goal by dribbling past Army defenders as she shot from just outside the penalty box beyond the reach of Army goalkeeper Lila Lamgade. With the goal, Sabitra’s goal tally has reached to 21 goals.

APF won all of its three group-stage matches and secured the Super League berth at the top of the standings. TAC, which also secured its Super League place with six points, finished as the group runner-up. Eastern Region finished third with three points, while Central Region was at the bottom of the standings with no points at all.

APF will now face Far-western Region on January 7, while Nepal Police Club (NPC) will take on TAC on the same day.

In another match played on the same day, Western Region beat Mid-western Region 2-0. Mid-western’s Sama Karki’s own goal in the 61st minute gave Western the lead, while Sunita BK added the next goal as soon as the game started again.

The match was only a matter of pride for both western and mid-western regional teams as they were already out of contention.

MANCHESTER, Nov 22: Manchester City secured top spot in Group F with a 1-0 win over Feyenoord at the Etihad... Read More...

DORTMUND, Nov 22: Already-qualified Tottenham Hotspur came from a goal down to beat hosts Borussia Dortmund 2-1 in the Champions... Read More...