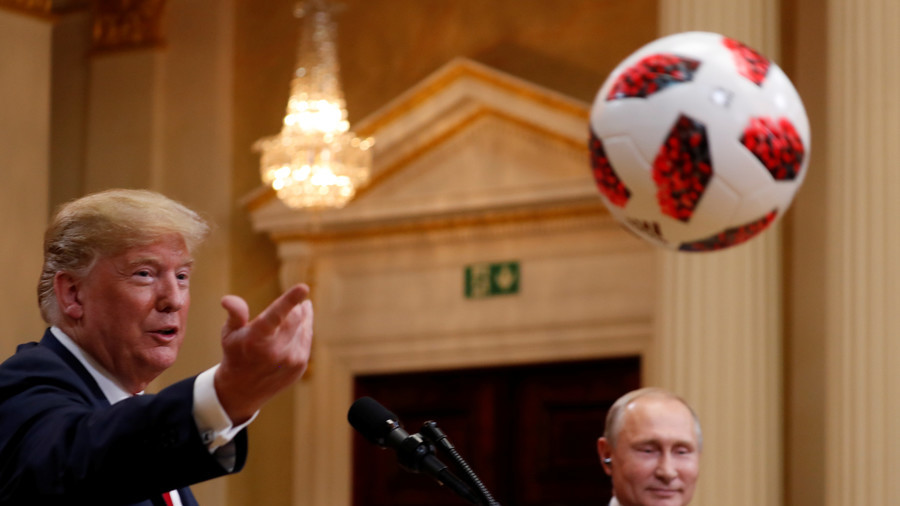 MOSCOW, July 29: Hackers, spy balls and whitewashing space travel: It’s certainly been a varied week in the world of Russophobia. RT takes its regular look at the scare stories peppering the mainstream media over the last 7 days.

Russophobia went where no Russophobia has gone before this week. At an aerospace conference, moderator Todd Harrison pulled a question from the twilight zone and asked NASA’s Jim Bridenstine "Are the Russians refusing to launch African American astronauts?"

Bridenstine said he’s “never heard of that,” and then former NASA Administrator, Charles Bolden, who happens to be an African-American himself called it “absurd”. Harrison himself will remain earthbound for the foreseeable future because Russia definitely doesn’t send idiots to space.

Can you hack it?

Of course the old Russian hacker ruse is nothing new. Last year the Washington Post had to backtrack on a report suggesting Russian hackers had got into Vermont utility stations, because guess what? 'They' hadn’t.

The hack that didn’t happen

The Daily Beast called her “the first identified target of the Kremlin’s 2018 election interference.” Perhaps more specifically it should be the first person to claim to be a target, because using a bit of Russophobia never hurt any Senator’s chances of re-election. Cynical, Moi?

Bloomberg and CNN got excited after some eagle-eyed Russophobe noticed a World Cup soccer ball that Vladimir Putin gave to Donald Trump possibly contained a transmitter chip and started speculating that it could be a bug! Only it wasn’t, it was a device Adidas uses to indoctrinate kids into buying their stuff by broadcasting straight to their phones. CNN sneakily buried the facts way down its story, so as not to ruin the headline too much.

“It is unclear whether the ball … contained the advertised device – and even if it does, that doesn't mean it necessarily poses a security risk.”

Well done CNN, you got there in the end!

KATHMANDU, April 22: The agitating Madhes-based parties have agreed to participate in the upcoming local election if the constitution amendment bill... Read More...

Fertilizers will be provided to farmers: MP Dong
18 minutes ago
Legal practitioners stage sit-in at the main gate of SC to bar suspended CJ Rana from resuming office
20 minutes ago