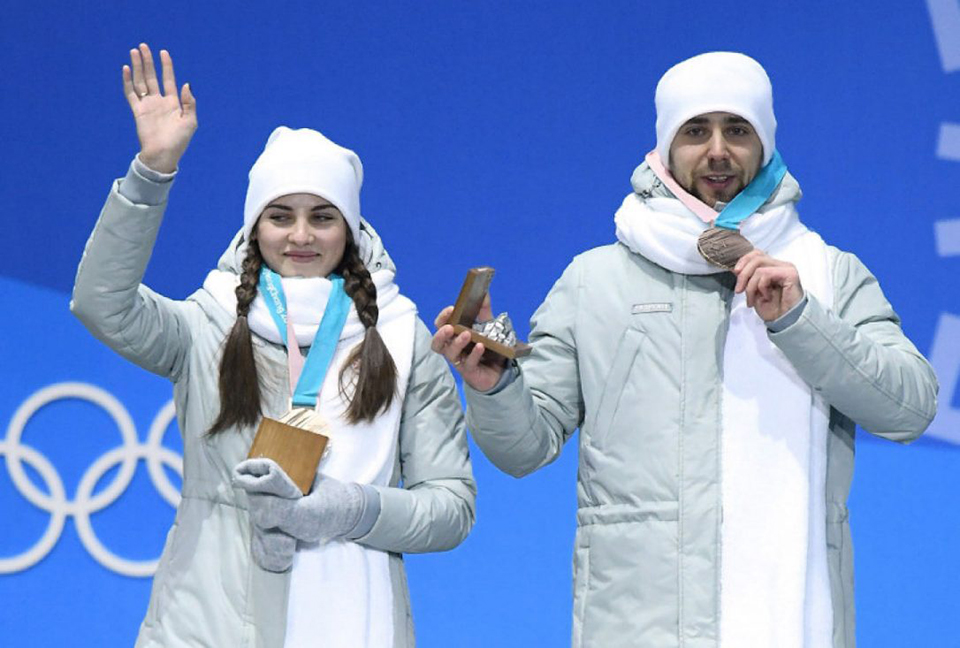 GANGNEUNG, Feb 19: Russian athletes and sports officials voiced disbelief on Monday that one of their Winter Games medallists was being investigated for suspected doping, a scandal that could imperil Russia’s efforts to regain full Olympic status.

Alexander Krushelnitsky, who competes in curling, one of the Games’ least physically taxing sports, is suspected of testing positive for meldonium, a banned substance that increases blood flow and improves exercise capacity.

“It’s stupid, but Alexander is not stupid, so I don’t believe it,” Russian women’s curling coach Sergei Belanov said.

He echoed a general bewilderment among curling athletes who could not fathom why anyone would use drugs that aid endurance in a sport that is a kind of chess on ice, needing steady hands and concentration rather than physical fitness.

Krushelnitsky, who won bronze with his wife Anastasia Bryzgalova in mixed-doubles curling in Pyeongchang, has not responded to a request for comment.

The Court of Arbitration for Sport has launched a doping procedure against him, but no hearing date had been fixed yet.

Asked for an update on the case, Russian delegation spokesman Konstantin Vybornov told Reuters the athlete had surrendered his Games accreditation and left the Olympic village while awaiting the result of a second sample later on Monday.

The suspected doping violation has come at a delicate time for Russia which is trying to draw a line under years of drug-cheating scandals and is competing at Pyeongchang as neutral athletes, unable to use their own flag or national symbols.

“We were all shocked when we found out yesterday. Of course, we very much hope it was some kind of mistake,” Russian curler Viktoria Moiseeva told reporters, adding that the team believed Krushelnitsky was innocent.

“With us it’s not faster, higher, stronger; it’s about being more accurate. I can’t imagine what kind of drugs you could use in curling ... so it’s very hard to believe.”

Russia has been accused of running a state-backed, systematic doping programme for years, an allegation Moscow denies. As a result, its athletes are competing at Pyeongchang as neutral “Olympic Athletes from Russia” (OAR).

Russia’s curling federation told Reuters on Monday it had launched an internal investigation of the doping case.

“The federation is now creating an emergency commission in which all information will be investigated and verified. We know that our athlete is not guilty,” federation president Dmitry Svishchev said.

He had earlier said that Russian curlers were tested on Jan. 22 before arriving in South Korea and the tests were negative.

Moiseeva said it would be dreadful if the case hurt Russia’s chances of regaining its full Olympic status for future Games.

“It’s a catastrophe if it’s not just one Olympics but others too -- it will throw sport in our country into turmoil. It’s awful just to think about, to be honest.”

The Russians had been hoping that a clean record at Pyeongchang would persuade the International Olympic Committee (IOC) to allow them to march at the closing ceremony on Feb. 25 with the Russian flag and in national uniform.

The IOC said on Monday that any doping violation would be decided by the Court of Arbitration for Sport and that a decision would come very quickly after analysis of a B sample.

If confirmed, the violation would be considered by the IOC’s OAR Implementation panel, the body in charge of monitoring the OAR team’s behavior at the Games.

KATHMANDU, July 28: Agility Health and Wellness Corporation of China has sponsored the Nepali team, who are taking part in the... Read More...