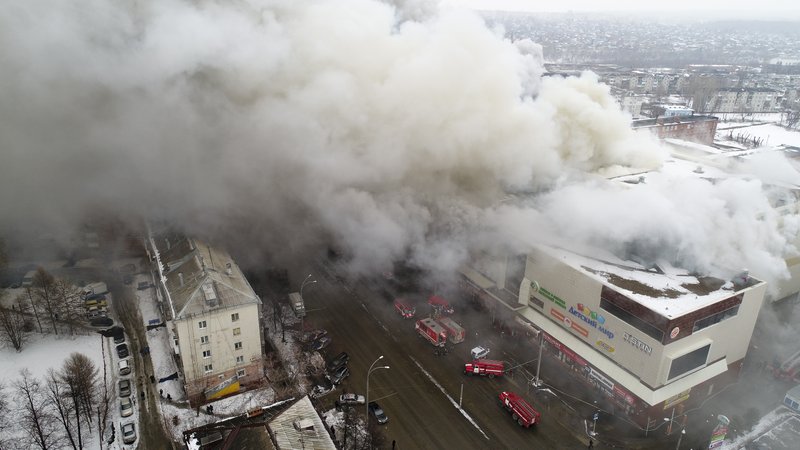 MOSCOW, March 26: At least 53 people have died and more are missing in a fire at a shopping mall in a Siberian city, officials said on Monday.

The fire at the four-story Winter Cherry mall in Kemerovo, a city about 3,000 kilometers (1,900 miles) east of Moscow, was extinguished by Monday morning after burning through the night. Parts of the building were still smoldering and the floors of the cinema hall had caved in in places, emergency officials said.

Up to 11 people are still believed to be missing, firefighters said.

The Ekho Mosvky radio station quoted two witnesses who said the fire alarm did not go off and that the mall’s staff did not organize the evacuation.

The shopping center was converted from a former confectionery factory in 2013 and was popular with local residents for its facilities for children, which included a petting zoo.

The Investigative Committee said it has detained four people for questioning, including the mall’s tenant, but would not immediately give the cause of the fire, which started on the top floor on Sunday evening.

MOSCOW, March 26: A devastating fire at a shopping center in a Siberian city killed 37 people and left 69 others... Read More...

Forest fire kills 62 in Portugal; search on for more bodies

Central Committee of the CPN (US) meeting today
34 minutes ago