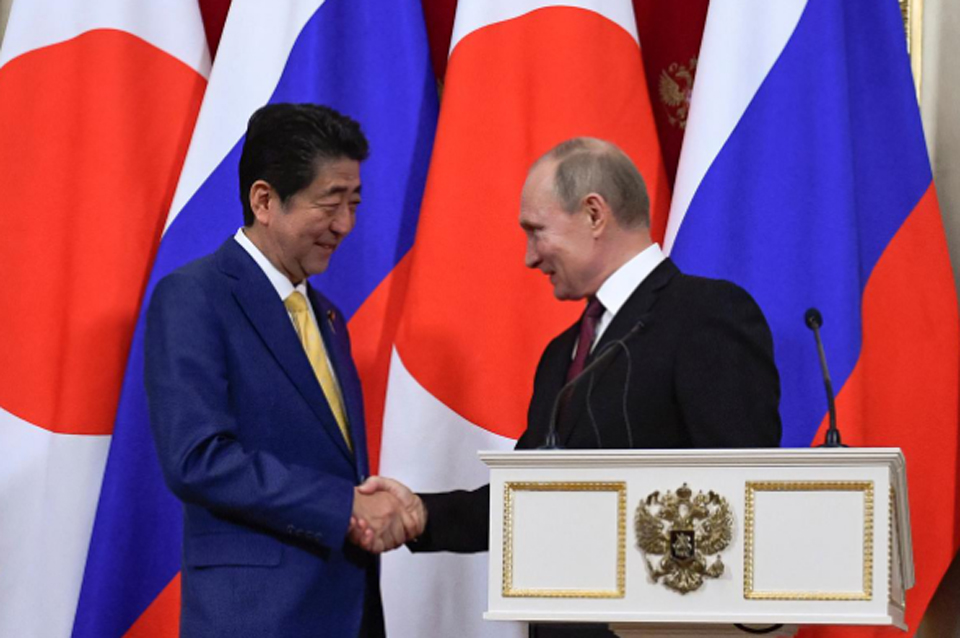 TOKYO, May 31: Russian President Vladimir Putin and Japanese Prime Minister Shinzo Abe will hold a summit meeting on June 29, when Putin visits Japan for a meeting of leaders of the Group of 20 nations, Russian Foreign Minister Sergei Lavrov said on Friday.

Senior officials and political leaders from both countries have held talks frequently in recent months to discuss ways to put an end to an decades-old territorial dispute and conclude a peace treaty.

“With eyes on the Russia-Japan summit meeting at the time of the G20 summit in Osaka, we made checks on the state of progress in Russia-Japan relations,” Lavrov told reporters after meeting his Japanese counterpart, Taro Kono.

Lavrov’s comment, in Russian, was translated into Japanese at a joint news conference with Kono.

Japan claims a string of Russia-controlled western Pacific islands, called the Northern Territories in Japan and Southern Kuriles in Russia.

The territorial row over the island chain, seized by Soviet troops at the end of World War Two, has upset diplomatic relations ever since, precluding a formal peace treaty between the two countries.

Lavrov also said talks with Japan on five joint economic activity projects on the disputed islands were proceeding at a good pace, without elaborating.

Abe and Putin in 2016 agreed to launch talks on joint economic activities on the islands as a step toward concluding a peace treaty.

WASHINGTON, Oct 11: US Senators Chris Murphy and Ron Johnson said in a press release on Wednesday that they have... Read More...