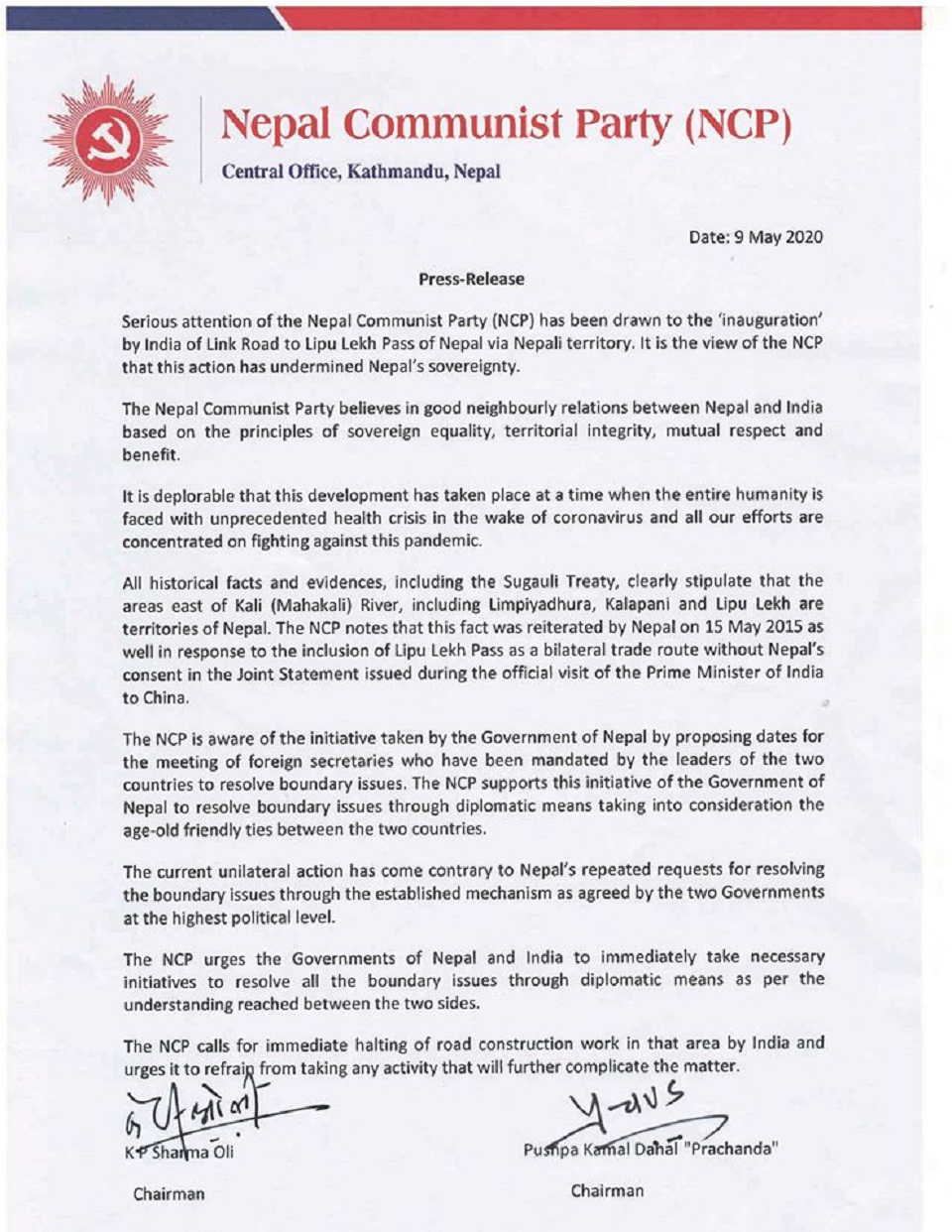 In a statement signed by the Chairperson and Prime Minister KP Sharma Oli and Executive Chairperson Pushpa Kamal Dahal, the NCP said that its attention was drawn to the road construction. The two chairpersons have termed the incident as deplorable.

"The NCP believes in good neighborly relations between Nepal and India based on the principles of sovereign equality, territorial integrity, mutual respect and benefit," said the party.