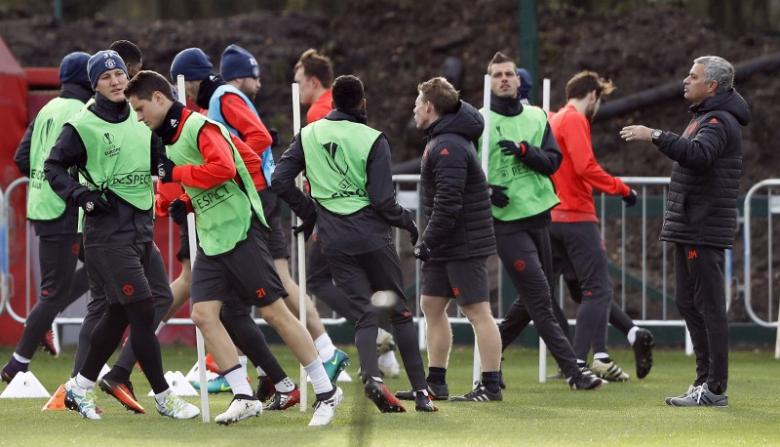 Manager Jose Mourinho said his job was to restore Manchester United's DNA and build the future for the club, which has struggled after the trophy-laden 26-year spell under former boss Alex Ferguson.

Despite several promising performances under Mourinho, United are currently seventh in the Premier League table. A lack of killer instinct in front of goal has seen them win only two of their last 10 league matches.

"But there are others, and some other items are also related to football results, objectives and targets. So I would not be just happy with that.

United, who have drawn their last four league games at Old Trafford, are 14 points behind leaders Chelsea but will hope to close the gap when they visit Everton later on Sunday.

Mourinho said Chelsea beating Manchester City 3-1 on Saturday was the least of his worries as he is focussed on ensuring United rise from their "false position".

"I am not going to do the mathematics. I am not going to be worried about that. We are in a situation at the moment where we cannot be thinking about the Manchester City v Chelsea result or another result. I don't care," he said.