Dissolution of House of Representatives 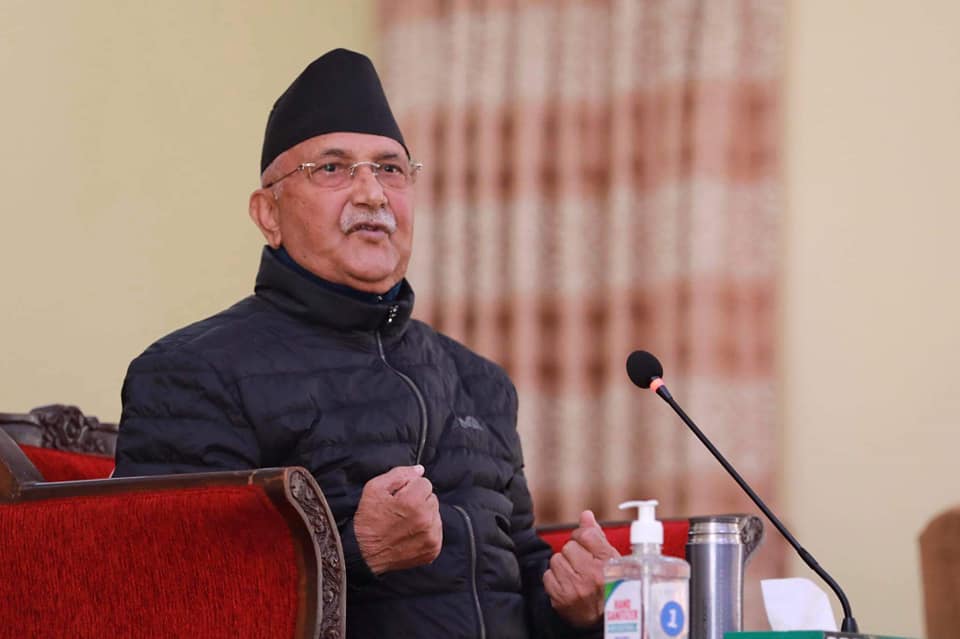 The ‘unconstitutional’ move by PM Oli begins the era of uncertainty in Nepali politics. Let us all be careful.

In a dramatic move, President Bidhya Devi Bhandari endorsed the dissolution of the House of Representatives on recommendation of Prime Minister KP Oli on Sunday. Observers in social media have called it the worst moment in our political history ever since the restoration of democracy in 1990. The dissolution of parliament, without an iota of doubt, has precipitated the political disaster in the country.  This can be the beginning of new civil unrest in the country as many speculate.

Given our geostrategic location, nothing is likely to bring political stability. Though it is ridiculous to blame external factors for each ill plaguing the nation, the leaders at the helm have failed miserably to use their critical thinking to prevent the derailment of political stability.

Since restoration of democracy, we have experienced several governments—left and right. While some lasted for one year, others could not complete even one year term.  Understandably, they were not a majority government and minor hiccup could dissolve the parliament. That is the reason why we had 27 different governments in the last 30 years since 1990.

It is mystifying what led PM Oli with almost two-thirds majority support in the parliament to dissolve the very house which elected him PM in the first place. December 20 is surely going to be recorded as the black day in political history.

We grew up blaming Nepali Congress, especially under the Koiralas, for doing nothing except promoting nepotism and favoritism within the party. The coming generation will blame Oli for his inability to rise above his vested interests, holding the nation hostage.

With the dissolution of the parliament, it has been reinforced that no government—Congress or Communist—is able to bring stability, lasting peace and sustainable development in the country. What a shame!

Across the globe, the constitution is upheld to safeguard democratic norms, values and institutions. Leaders in Nepal embrace all possible measures to ridicule the ethos of the constitution. PM’s decision has challenged the spirit of the national charter. The constitution has clearly stated that the House can be dissolved before its five-year term end, only in case of a hung parliament. Disregarding this provision, PM Oli foisted dissolution of the House of Representatives.

Frustratingly, PM has insulted the people and their mandate. After decades of experience of short-lived coalition culture, the Nepalis had voted for Nepal Communist Party with high hopes and optimism. They were hopeful that the culture of political instability will come to an end laying the foundation for lasting peace and rapid economic development. To our utter dismay, they breached the trust of the people giving us the impression that their vested interest is what they should care about, people’s mandate be damned.

It is dismaying that some people are celebrating this arbitrary action. It reminds us of a wise saying: "Dumb politicians are not the problem. The problem is the dumb people that keep voting for them". Also, the pro-monarchy forces will now weave a story that political leaders have betrayed people in the name of democracy. It will certainly make last-ditch efforts to capitalize on the situation to restore monarchy—an imaginary proposition for the moment. But if some select crooks continue to hold the country hostage and fail to rise above the occasion, the possibility of restoration cannot be ruled out. Also Biplav group will also try to fish in murky water.

Soon after the House dissolution, President declared the mid-term elections for April–May 2021. It is not surprising that the same leaders who are now on confrontational politics will contest the elections and make lofty promises of stability. But we have to be very careful while exercising franchise to not give them yet another chance for they will again betray us putting the country into a vicious cycle of instability.

Hereafter, Oli supporters will gather in various places, roaming from party offices to hotels to devise the strategy to explain why the House had to be dissolved. They will trade charges against each other and try to get away with the offenses. The nationwide movement for and against Oli's action seems quite imminent. If external meddling can play its part, the transition may not pass as easily as Oli might have thought. It can also trigger civil unrest in the country. This ‘unconstitutional’ act begins the era of uncertainty in Nepali politics. Let us all be careful.

“He might be preparing to impose a state of emergency in the name of the COVID-19 crisis and curtail political... Read More...

PM’s move is unconstitutional, objectionable and against the political values from every possible angle. ... Read More...