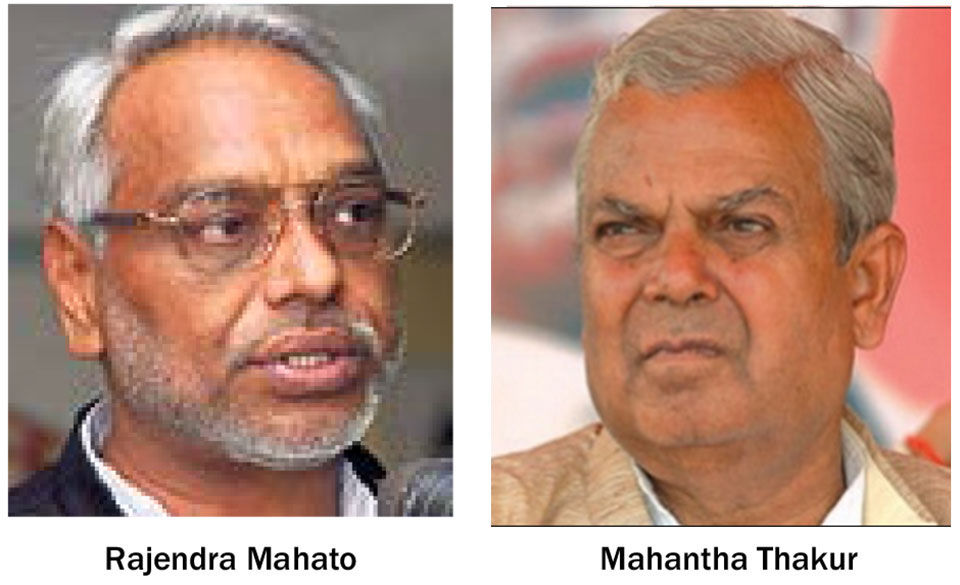 KATHMANDU, July 12: As consensus appears elusive among the aspirants for the post of parliamentary party (PP) leader in the Rastriya Janata Party-Nepal (RJP-N), the party is set to elect its PP leader through election on Saturday.

According to party leaders, RJPN coordinator Mahantha Thakur and one of the presidium members Rajendra Mahato have shown interest to be the party’s parliamentary leader. “As of Wednesday, consensus appears less likely for PP leader. The PP leader will be chosen through election if there is no consensus till Saturday,” said RJPN General Secretary Keshab Jha.

There are a total 17 RJPN lawmakers including Resham Chaudhary, who is currently serving jail term over his alleged involvement in the 2015 Tikapur massacre. With consensus remaining still elusive, both Thakur and Mahato have begun persuading lawmakers to support them.

Party insiders said the erstwhile Rastriya Madhes Samajbadi Party (RMSP)-led by Sharat Singh Bhandari has extended its support to Mahato, while the then  Sadbhawana Party led by Anil Kumar Jha, Tarai-Madhes Sadbhawana Party-led by Mahendra Yadav and Madhesi People’s Rights Forum (Republican)-led by Raj Kishor Yadav have extended their support to Thakur. RJPN was formed after the merger of six Madhes-based parties including then Tarai Madhes Democratic Party (TMDP).

A senior leader of RJPN said the issue of PP leader could have been settled amicably if Thakur had chosen to stay away from the race as he is already the coordinator of the party. “It does not send a good message if a senior leader Thakur contested in the election and lost,” he said, while reqeusting anonymity.

Sources said Mahato has privately shared with his confidants that he has ensured at least 11 of the total 17 votes in the party in his favor. It is, however, still not clear whether Thakur will choose to contest himself or field someone else if there is no possibility of him winning the election.

KATHMANDU, Jan 30: The CPN-UML is planning to go to elections to select the parliamentary party leaders for three provinces, who... Read More...