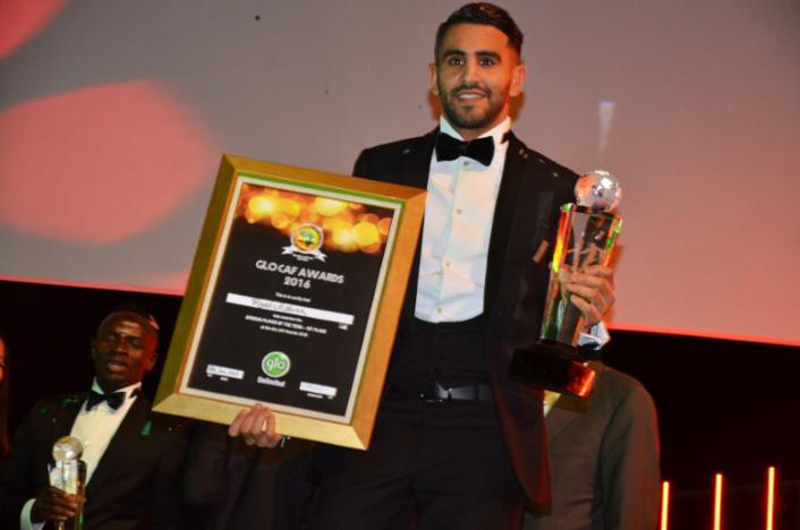 Algeria's Mahrez, the creative linchpin of Leicester's stunning success, was chosen ahead of 2015 winner Pierre-Emerick Aubameyang of Borussia Dortmund and Liverpool's Sadio Mane in a poll of African national team coaches, technical directors and media experts.

The Leicester player received 361 votes, ahead of Aubameyang's 313 and Mane's 186 with the result announced at the annual Confederation of African Football (CAF) awards in the Nigerian capital.

“Algerian wizard Mahrez had an eventful year to remember. He was one of the key actors as Leicester City produced the shock of the year, scoring 17 goals in the process," African football's governing body said in their citation.

The 25-year-old Mahrez is the third French-born player to win the award, after Frederic Kanoute and Aubameyang, and the third Algerian international since Lakhdar Belloumi in 1981 and Rabah Madjer in 1987.

It is the seventh time in nine years that the winner has come from an English Premier League club.

"I want to thank all my team mates at Leicester and Algeria and my coaches. This is a huge honour for me," Mahrez said on receiving the award.

Manchester City's Kelechi Iheanacho was named Africa’s Most Promising Talent and Arsenal's Alex Iwobi Youth Player of the Year at the CAF awards.

KATHMANDU, Aug 23: National Sports Council (NSC) has named 38 female players for the preliminary phase of selection for the... Read More...

Who is to blame for these casualties?
16 hours ago

Finance ministry seeks clarification from Sebon over suspected insider trading by board’s high ranking official
16 hours ago
More than half of bottled drinking water is unfit for consumption: Govt report
4 hours ago

Domestic flight frequency back to normal
21 hours ago

Infection rate in Nepal reaches 23.62 percent, experts warn it as a indication of the third wave
53 minutes ago