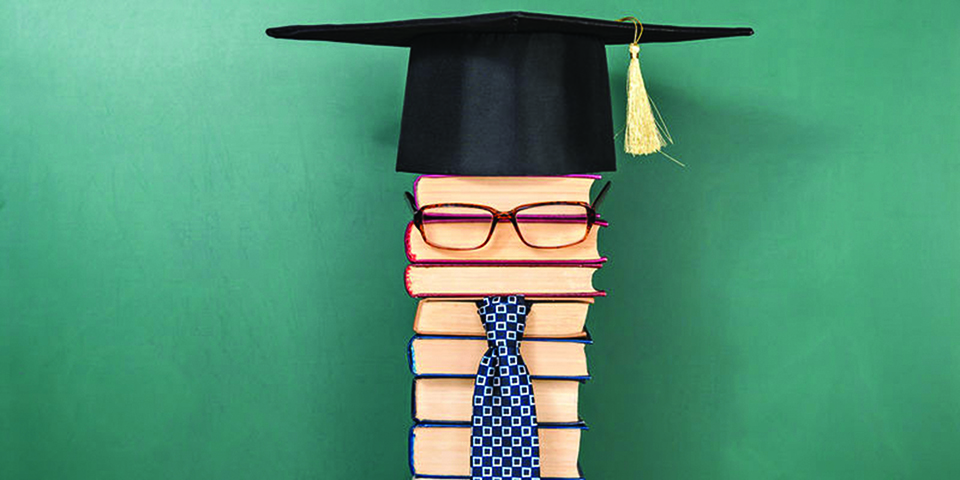 We must make research a number-one social mission of higher education, make funding for public universities contingent on research productivity and revamp faculty evaluation and promotion to advance research

Saila Dai is a thirty-something man in Gairigaun, Gulmi. He is passionate about developing and promoting plant-based pest control and fertilization methods for small-scale cultivation of vegetables and fruits in Nepal. His social mission is to not only prevent toxic runoffs into the Kali Gandaki River but also to inspire new generations to eat healthy and to grow organic food as a viable economic opportunity.

Saila Dai is currently compiling notes about how to minimize the area of garden space for marigold plant, which, he’s found, keeps bugs away from many of his crops. For the rest, he has finished listing pests and microbes under six categories, corresponding to different combinations of herbal materials that have worked well, such as tobacco, neem, chili, and turmeric powder; salt; onion, garlic; and mugwort leaves and flowers. His findings from last year show that he spent 10 percent more in organic pesticides compared to market-based chemical pesticides, a loss he wants to overcome if possible. He has figured out ways to make organic fertilizers less expensive than chemical alternatives, and he’s now focused on maximizing its quantity, as more villagers from across the district come to learn from him.

Research for society
Saila Dai started his first project when he was shocked to learn how chemical fertilizers and pesticides affect the environment and human health (his specific research problem). He wanted to show the society how to produce healthier food (broader social mission) by developing scientifically tested and economically viable alternatives (research agenda). He didn’t start in a vacuum, though. He consulted other farmers who had inherited knowledge about organic materials from previous generations, and he gathered news clippings, written records of tests, and reports from grant projects from the district agriculture office (literature review, secondary data). He collected and tested samples, recorded findings consistently, and took and organized notes in a database (primary data).

Saila Dai’s data set became a source for a column (publication) that he started writing for a local newspaper, and the discussion and demo sessions he gave (conference, dissemination) across the country and the South Asian region inspired younger farmers to seek apprenticeship with him. His successes led to an impressive grant from the Agriculture Ministry, which helped him establish a lab where he could continue his research year round.

It is time to tell you that the character and story above are imagined. But I hope you get the larger point. Research and scholarship (ie knowledge production and dissemination) do not have to be abstract, scary, or overly complicated. And, even if Saila Dai was a philosopher, historian, or literary critique—not just if he was an engineer, medical scientist, statistician, or biologist—he could find a socially significant research mission to pursue, a specific problem to solve, a systematic method for studying or testing, a fitting approach to analysis and interpretation of findings, and so on, as long as he had the passion.

Shedding misconceptions
In the last two essays here, I addressed two common myths about academic research: that knowledge is universal so there is no need for localizing research, and that scholars in developing countries can’t really produce significant new knowledge anyway because they’re not paid and funded well. Along the same lines, as the above story highlights, here I address two more misconceptions.

First, most scholars in most disciplines stay away from “research” because it looks like a boogeyman, unlike “scholarship” (its sister term), defined as “anything” that a “scholar” writes. Many believe that researchers working with data and evidence need to master all the methodologies and technologies out there, need comprehensive and especially quantitative data sets, have a full-picture view of current knowledge on the subject, and must offer entirely original and grand ideas and theories.

Second, many scholars similarly believe that “researchers” typically belong to high-profile disciplines and specialties, are able to publish for “high-impact” journals, must be connected to international organizations, and so on. These assumptions discourage the vast majority of scholars outside just a few fields like the “hard” sciences against doing socially impactful research. Too many only publish, often substandard work, in a hurry, under the pressure of recruitment or promotion requirements. These assumptions also erode the confidence of many scholars who do publish, in any field, in their own ideas, leading to copy-pasted literature reviews and methodology sections, vague abstracts and idealistic claims, and textbook-like generic statements in the name of context and discussion of findings. In fact, fabricated data, inability to gather and interpret evidence, and all kinds of shenanigans emanate from the fear of research.

Fortunately, purpose and passion can turn research from frightening to inspiring, self-serving to socially impactful for scholars of all disciplines.

Of course, we shouldn’t just blame scholars for the above problems, because they are often caused by institutions that adopt short-sighted policies, such as demanding “international” publications and high “impact factor” from scholars who are given no time, resource, or support. Many societies, including the “advanced,” academic institutions (as well as the public), treat “authors” and “researchers” or even “scholars” and “intellectuals” as a special class. And our academic culture remains mainly an “ad hoc” teaching mission that ignores what kind of new knowledge (and new graduates) the society wants from universities.

Yet, none of the above should become an excuse for full-time university professors to not pursue evidence-based and practice-driving research, or, for that matter, for any university instructor to not stay updated on their discipline’s knowledge and its application.

Adopting better perspectives
Here is what would happen if we overcome misconceptions and instead expand the meaning of research, make it more practice-driven, situate it socially, and challenge scholars across the disciplines to make it practice-driven and practice-shaping. Our civil engineers would figure out how to permanently stop the notorious Krishna Bhir landslide from disrupting the key access to the capital every year. Our demographers would publish white papers meant to help prevent the insanity of bulldozing dust roads into every village, including where most residents have left. Scholars of geographic information systems would develop maps to guide development projects and disaster relief efforts alike.

If research is made a greater force driving social progress, our economists would better advise the government for creating policies toward greater trade balance. If research shapes and adapts education to social demand, our education professors would show how to counter alarming rates of dropout between elementary and secondary school. Our healthcare research would report outcomes and assessments of current investment, and our medical research would provide models for tackling epidemics and chronic diseases alike.

If scholarship wasn’t too often limited to “vichar gosthis” and more “lectures” by the same few men for decades, when the Guthi controversy erupted recently, our historians and anthropologists would be on television, explaining the socioeconomic benefits and legal/policy issues to help clear public confusion (as well counter corruption) regarding Guthi’s unique land-ownership model. In times of conflict, if our scholarship becomes more studied, more rigorous, and based more substantively on the wellsprings of past knowledge, our humanists could better explain current ailments and show future paths. In times of peace, our scholars of literature and philosophy could travel the world, discussing the works of Devkota, the philosophy of Buddha, the gender-fluid concept of maruni or the fascinating same-sex relationship of mit/mitini, and various value systems that have shaped lives and cultures in the region.

If research is defined more broadly, and driven more purposefully, our hydrologists would provide models to measure and slow/stop the depletion of underground water table. Our climate scientists could be on the frontlines of global discourse and action against climate change, showing evidence of the frightening effects of climate change on our mountains. That would help us mitigate or prepare against the effects on the ecology and society below the Himalayas, saving critical sources of water, renewable energy and biodiversity. Our forestry scholars would not just have a few highly cited articles on community forestry but would produce a lot more research on many more subjects, such as for guiding industries and commerce based on herbs. And, perhaps most importantly, our agriculture departments would far better guide agricultural revolution for thousands of Saila Dais across the country.

Doing research
The above possibilities are not just fanciful wishes. As I will discuss in the next essay here, this can be done if we establish faculty development centers to measurably increase the publication of evidence-based and application-driven research. We must also make funding for public universities contingent on research productivity, make research a number-one mission of higher education, and revamp faculty evaluation and promotion accordingly. Instead of only a few “research-intensive” universities focusing on research, we should start by having “all” institutions of higher education adopt research as a core mission, integrating it into teaching and using it to make and measure social impact.

As much as Saila Dai had to move beyond heritage farming, our newly restructured economy in a rapidly changing world has to put the horse of research in front of the cart of our social progress, as well as our higher education. In its mission to enter the knowledge economy of the twenty-first century, our society would achieve the same difference as the humble farmer did when he became a researcher and scholar.

Shyam Sharma is Associate Professor and Graduate Program Director in the Program in Writing and Rhetoric at State University of New York, Stony Brook

The elements of a functional democracy must include the following: separation of power, independent judiciary, direct or indirect participation of... Read More...

Govt decides to reduce tax on petroleum products
29 minutes ago