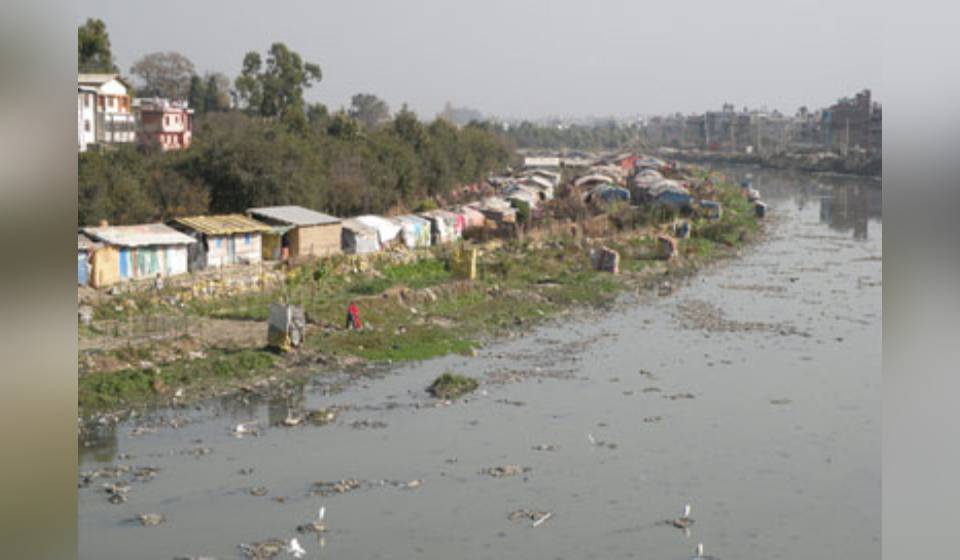 The issue of landless squatters, more commonly known as ‘Sukumbasi’ in the local language, has hit the headlines once again, thanks to the Kathmandu Metropolitan City (KMC)’s forceful approach to evict such squatters from the banks of the Bagmati River in Thapathali and the squatters’ violent retaliation against the KMC move. The landless squatters seem determined not to vacate the place where they have been living unless acceptable alternative arrangements are made for them. On the other hand, the KMC, too, seems to be moving forward so as not to backtrack on its latest decision regarding the landless squatters. This is precisely why the KMC city police personnel and the squatters clashed in Thapathali over the last few days. Over a dozen people, including KMC city police personnel, were injured.

This is not only a problem seen in the capital’s Thapathali; nearly 35,000 families are estimated to live in the squatters’ settlements along the Bagmati River in the Kathmandu Valley. Our major urban centers, obviously including the capital valley, have the problem of landless squatters. However, the landless squatters are not a problem in themselves. Rather, it is problems that render people a landless squatter. The truth, however, is all major political parties – when they are in the opposition in parliament – have been assuring and reassuring the squatters that they would solve their problems if they form the government. But when they form the government, it seems, they just forget their promises. That’s why over a dozen commissions have been formed over the past three decades to resolve the landless squatters’ problem across the country but nothing has changed in reality. The problem of landless squatters in Nepal is no more just a socio-economic problem; it has been over politicized and so it has become a political problem as well. Thousands of such squatters have been living on the banks of the major rivers in the Valley for the past many years. Now the KMC, in coordination with the High Powered Committee for Integrated Development of the Bagmati Civilization, is once again trying to remove them from the river banks. The political parties and their leaders consider the landless squatters as their vote banks. The squatters are also used to organize and lead political protests, especially the violent ones. But no one has a positive outlook toward the squatters. The political parties and their leaders remember them only when the elections come or when a violent protest has to be organized. The other city dwellers, too, do not think positively about the squatters. In this way, these landless squatters have become the “unwanted guests” in our cities. However, to think along these lines is to avoid resolving the problem.

Having said that, no solution to this problem can be found through violence. Winter has already set in and in such a situation; it doesn’t appear a wise decision to forcefully bulldoze the squatters’ settlements. Yes, this is of course the time for meaningful dialogue. The country recently successfully concluded the general elections of 2022 and the process to form the next government is expected to begin in the next few days. Everyone should wait at least until that happens. Then the KMC, the new federal government and representatives of the landless squatters should take initiatives for that. There is no need to create a situation wherein the KMC has to bulldoze the squatters’ settlements and the squatters have to resort to violence in retaliation. It’s true that a meaningful solution to the problem of landless squatters has been long overdue but there is no denying that such a solution cannot be sought through the use of violence – neither by the state nor by the squatters.

KATHMANDU, Nov 17: The landless squatters organized a demonstration in Maitighar in the capital on Thursday against the decision of... Read More...

Man arrested for raping his daughter-in-law
14 hours ago