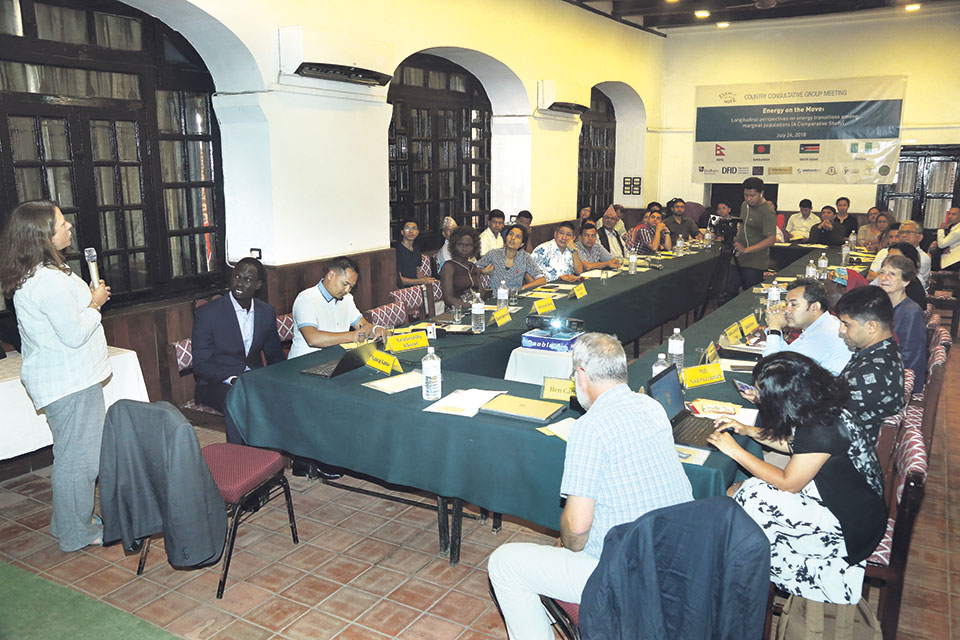 KATHMANDU, July 25: A team of international researchers have underscored the need of providing access to quality energy to people from disadvantaged groups and remote areas to improve their livelihood.

The researchers of a project led by Durham University had analyzed the access to electricity in slum areas and settlements of backward communities in the four countries including Nepal, Bangladesh, South Sudan and Nigeria.

In its presentation, the Nepali team said it conducted survey on access to energy at various settlements in Kathmandu and Kavre districts. The Nepali researchers said their findings showed that majority of the informal settlers cooked food using Liquefied Petroleum Gas (LPG). People in urban slum areas complained that there is no government support to buy solar system while the government provides subsidy only in the villages for solar system.

“People think that the government should treat the communities living in the informal settlements with equal dignity to other people,” read the report of Nepali team comprising of Ben Campbell, Sambriddhi Kharel and Nabaraj Lama. “They feel excluded and marginalized by the government.”

Ram Krishna Humagain, general secretary of National Association of Community Electricity Users, Nepal, said though Nepal has achieved significant progress in rural electrification, such works were in a vulnerable state due to lack of necessary acts to properly run such programs.

Some of the researchers underscored the need of including women and representatives from marginalized communities in the decision-making levels of the concerned bodies so that electricity-related challenges can be properly understood and tackled amicably.

"Access to electricity to all areas in the country in three years," assures Energy Minister Sharma

TAPLEJUNG, Feb 4: Minister for Energy Janardan Sharma has pledged that all places in the country will be connected to... Read More...

Kathmandu, May 11: Minister for Energy, Water Resources and Irrigation, Barshaman Pun has said the base of economic prosperity would... Read More...