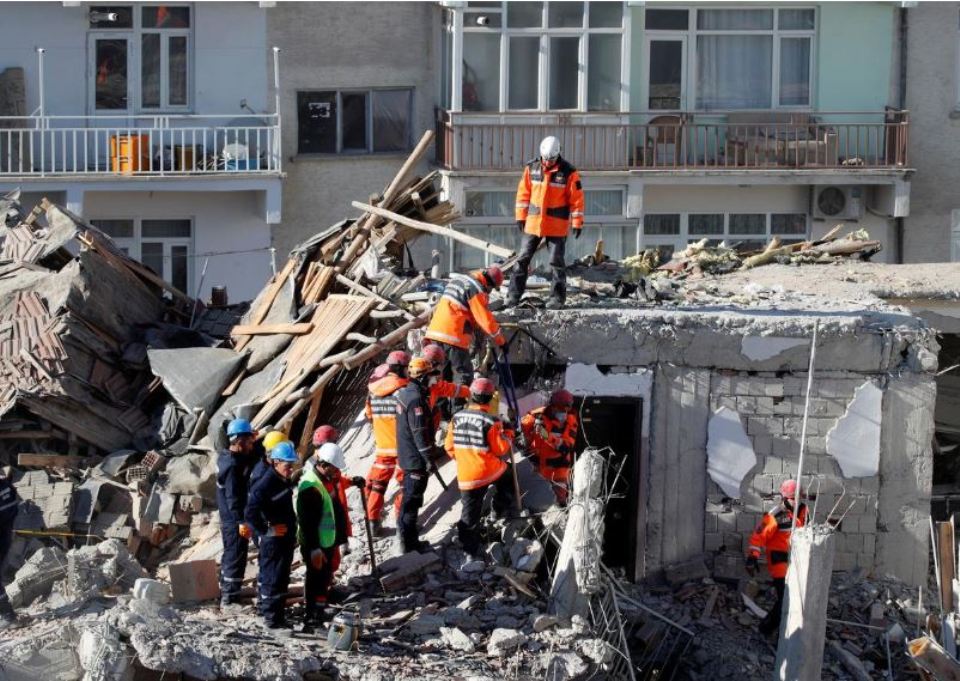 ELAZIG, Turkey, Jan 26: Rescue teams working through the night in sub-zero temperatures pulled 45 people from collapsed buildings, Turkey’s disaster authority said on Sunday, as the death toll from a powerful earthquake in the country’s east rose to 31.

Broadcasters showed footage of a 35-year old woman and her infant daughter being rescued from under the rubble 28 hours after the magnitude 6.8 quake struck Elazig province.

It said the quake, which was followed by more than 700 aftershocks, killed 27 people in Elazig and four in the neighboring province of Malatya. More than 1,600 sustained injuries.

AFAD urged residents not to return to damaged buildings because of the potential risk of collapse. It said officials had identified 645 heavily damaged and 76 collapsed buildings in the two provinces.

WHO South-East Asia Region’s health ministers have made a bold commitment to adopting a five-year plan to scale up emergency preparedness... Read More...

Govt has not barred BFIs from accepting land as collateral: Minister Shrestha
17 hours ago
Stockbrokers permitted to operate their own TMS for online trading of shares
2 hours ago