Remote Dolpa gets first ever bakery 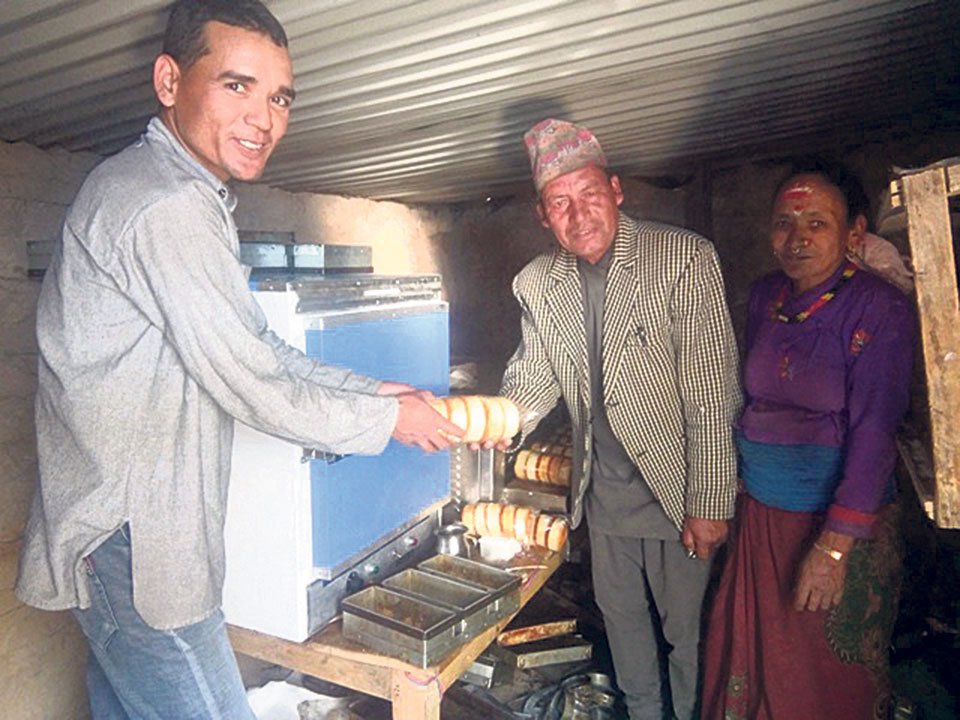 DOLPA, May 13: A bakery has started operation in Kotbazaar area of Tripurasundari Municipality in remote Dolpa district.

People of the district, who earlier used to bring bakery items all the way from Nepalgunj, are happy to get bakery items in their own locality.

Bhakta Singh Kathayat Tripurasundari Municipality-1 opened the bakery with an investment of Rs 4 million. "I opened this bakery as I realized that there is a big demand for fresh bread in the district," he said, adding: "There is high demand for breads. It is a popular breakfast item here."

Kathayat brought oven and other machinery from Lucknow, India. His bakery produces 500 pieces of breads on a daily basis.

Earlier visitors used to bring breads as a souvenir to people living in the district. With breads easily available here, the trend is on the declined.

Ramananda Upadhyaya, the headmaster at a local Tripura Secondary School, said that breads are becoming popular among locals as they are affordable food for people of ages. "The demand will only increased as bakery items produced by Kathayat are fresh and are of high quality," he added.

Kathayat is making a profit of around Rs 5,000 per day. Encouraged by the returns on his investment, he has started producing doughnuts and cookies as well.

As there is no regular electricity supply in the area, Kathayat is using solar power to run his oven. He has employed four people in his small bakery.

KATHMANDU, Nov 18: Dunai, the headquarters of Dolpa, a trans-Himalayan district, has been connected to the national road network, thanks... Read More...

DOLPA, August 29: Locals of three villages in Dolpa district in the mid western region have been deprived of government-sponsored... Read More...