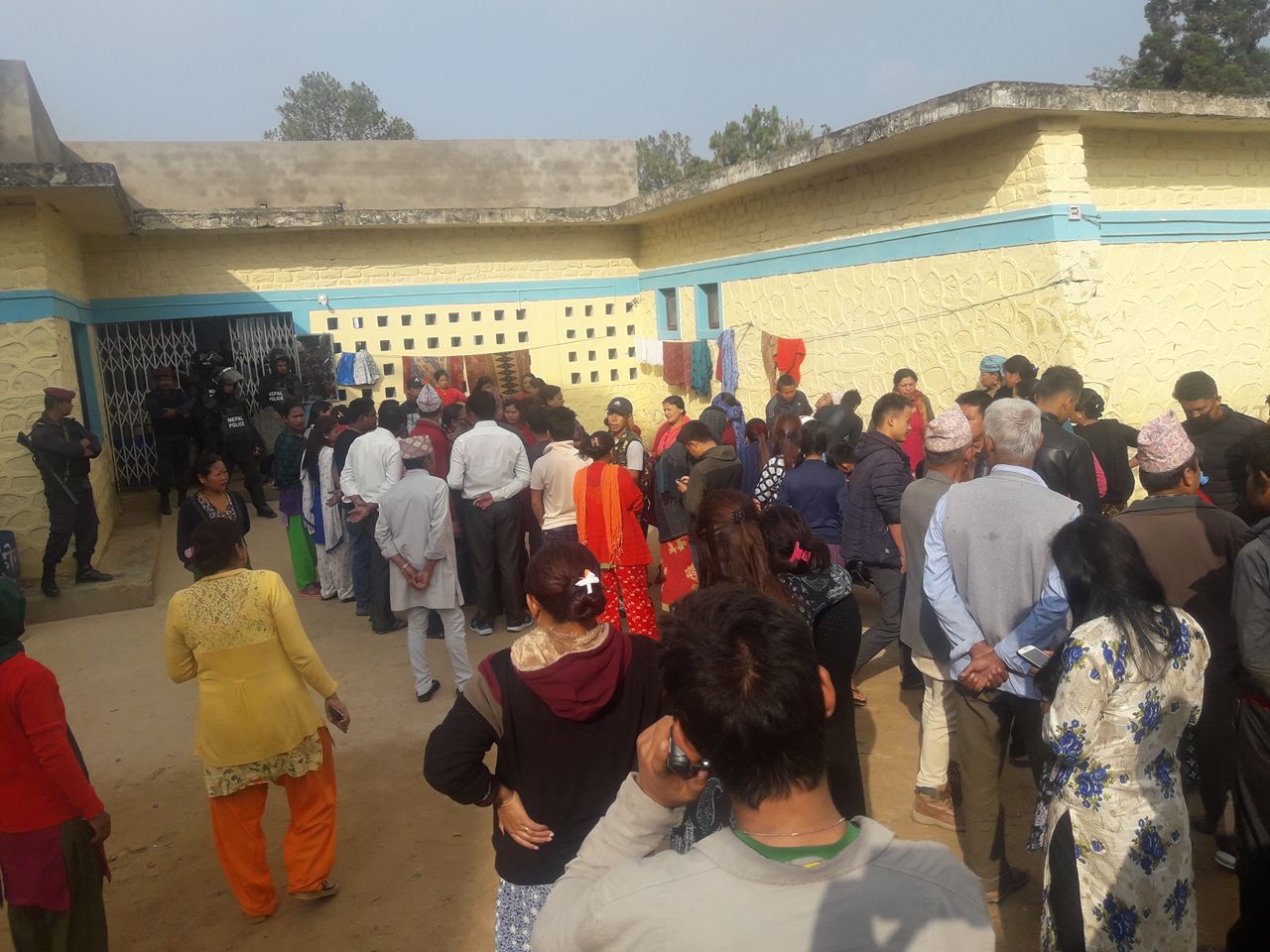 Unconscious husband yet to receive treatment

THERATHUM, May 8: Following the death of a pregnant woman who had gone to Therathum District Hospital for delivery three days ago, relatives hurled stones at the hospital and declined to accept the body.

Relatives and women advocates have accused the hospital management for their carelessness in the death of Ratna Maya Magar, 35 of Ambung, Myalung municipality yesterday. According to relatives, Magar passed away after doctors gave her pills for labor pain.

On Saturday, Magar was taken to district hospital after her labor pain. However, relatives have accused lack of treatment for her death. Troubled by the death of his wife, Tek Bahadur is unconscious in the hospital’s premise. Rather than receiving treatment, he is being guarded by police personnel.

Security personnel have been deployed in the hospital after angry relatives’ hurled stones at the hospital. Chief District Officer, Bed Nidhi Khanal said that he wasn’t informed about the incident. Likewise, the hospital’s doctor, Mukti Narayan Shah said that he couldn’t comment in the incident as he was out of the district for training.

KATHMANDU, Aug 24: Basundhara-based Ishan children and Women's Hospital was vandalized by the relatives of a three-year-old child who died... Read More...