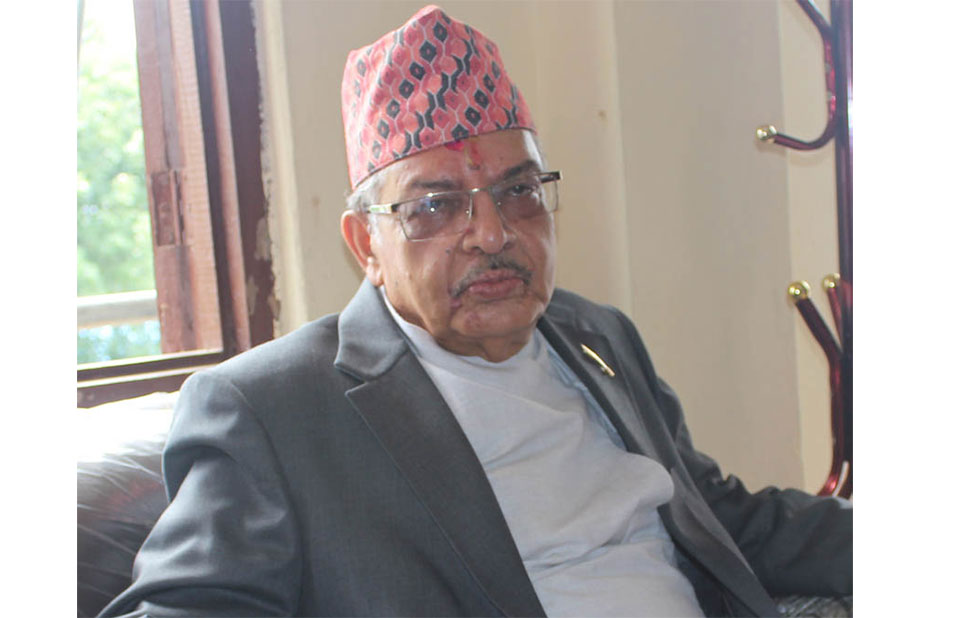 KATHMANDU, Sept 12: The senior-most justice at the Supreme Court (SC), Deepak Raj Joshee, who was rejected by the Parliamentary Hearing Committee (PHC) as the Chief Justice, resumed office from Tuesday, after a month-long leave.

Joshee was on leave from August 5, after the PHC rejected him for the top job of the judiciary. Though he joined office on Tuesday, Chief Justice (CJ) Om Prakash Mishra didn't assign any bench to Joshee on the first day. But according to sources at the Apex Court, CJ Mishra is likely to assign A bench to Joshee, with the senior most justice resuming his duty, accepting Mishra as the head of the judiciary.

Some ruling Nepal Communist Party leaders had warned of impeaching Joshee if he resumed office ignoring the moral ground. But a senior NCP leader said that the party is not for impeaching Joshee as he has accepted the new CJ and 'avoided a confrontation'.

“The hearing committee didn't reject him as a justice; parliament rejected him only for the Chief Justice post. We don't have any objection if he wants to continue his duty,” said the leader. He also added that impeachment warning was not the official position of the party. Earlier, NCP leaders including Yogesh Bhattarai had warned Joshee of impeachment if he didn't resign on moral ground.

As he has resumed office as a Supreme Court justice, Joshee can now head the Constitutional Bench within the Supreme Court and can also be a member of the Judicial Council, which appoints judges at the district and high courts, in the capacity of the senior most justice. Some NCP leaders had lobbied for his impeachment claiming that his role in the judiciary would be counterproductive for the party and the government.

As per the existing practice, Joshee will be the natural contender for the post of CJ after the retirement of the newly-appointed CJ Om Prakash Mishra on December 31 due to age bar. But PHC member Parbat Gurung said he will be disqualified for the nomination to the CJ post as parliament has already rejected him once. “With the PHC rejecting him once, he is disqualified for the post again,” said Gurung. Senior Justice Cholendra Samser Rana will get chance to head the judiciary after the retirement of incumbent CJ Mishra, according to him.

KATHMANDU, Nov 29: Politicians representing the ruling and opposition parties have given mixed reaction to the Judicial Council’s recommendation for the... Read More...