It’s estimated that an average of 28 kilograms of textile is wasted every single day during the production of clothes in Nepal and it is this wastage that Sujhan Ghimire, founder of Taalo, wanted to minimize when he started his online store that sells different kinds of ties, headbands, and other accessories made from recycled scraps of cloth.

“Taalo was created to make use of scrap textiles that is going to waste on a daily basis,” says Ghimire adding that as one of the few upcycling firms in Nepal, Taalo aims to recycle and reuse fabrics that would otherwise be ground to make cotton. Though he only established Taalo recently, the thought first took seed when he was in the ninth grade and he visited his father’s garment factory.

“I was amazed to see how much fabric was going to waste,” he says further explaining that even at that age he remembers thinking that there must be something that could be done to put the leftover fabric to good use. And after he completed his A-Levels, he began to give it some serious thought and thus Taalo was born.

As Ghimire is currently talking a year off from studies, he can focus on Taalo and do what he wanted to do ever since he was in the ninth grade but, for an 18-year-old, it’s hard running a business, especially when you have to do everything on your own. From contacting suppliers such as different boutiques, leather workshops, and factories to choosing the fabrics and designing the accessories, there’s a lot that Ghimire has to look into and manage all by himself.

In addition to that, Ghimire also monitors the whole process of making the accessories. Since he wants everything to be just right, he draws, sketches, and designs each and every product himself. Once the different samples are made from different scraps of fabrics at Sujha Traders and Exports, Ghimire sits down with the maker of the accessories to decide on which one to go ahead with. It is only then that the actual product is made in bulk.

Production challenges aside, Ghimire also mentions that Taalo has quite a few problems to deal with since it’s just in its infancy. “We are still new and people don’t know about us which is why there is sense of mistrust,” he says quickly adding that his friends have been his support system and have been spreading the word about Taalo through their personal Instagram and Facebook accounts. “Whatever little people know of Taalo at the moment is because my friends share Taalo’s posts on Instagram and Facebook,” he says.

However, Ghimire believes that he has been lucky when it comes to sustaining the firm. He claims that he had saved up for a long time to first start it. “I started with Rs 8000 in my pocket, and since I buy the scraps in kilos, it’s not that costly. On top of that, the sum I pay for the company includes everything from the workers’ wages to the finishing of the products. Also, I pay according to the piece rate which reduces the overall cost,” explains Ghimire. Furthermore, since all of Taalo’s products sold out on the very first month, he claims to have gathered enough funds to sustain the firm for the next two months.

Also, inspired by the success Taalo saw in the first month, Ghimire has elaborate plans for the future. According to him, they are just in the experimentation phase and don’t have a lot of products as of now but they have had a lot of requests for different kinds of accessories and Ghimire is working on it. Soon, they should have a wider range of products at Taalo. “We will be making bracelets, watchbands, belts and many more things,” he says. And Ghimire is already in the process of contacting more factories and boutiques to expand connections for raw materials and other goods.

Currently, you can place an order for Taalo products via their social media sites like Facebook and Instagram or contact them on Viber or Whatsapp. To make their products easily accessible to customers, Ghimire also plans to launch a website soon. They currently already accept eSewa and Khalti payments besides accepting cash on delivery, and delivery is free within the Ring Road and just Rs 50 outside it. Their products are also quite affordable and range from Rs 120 to 200. 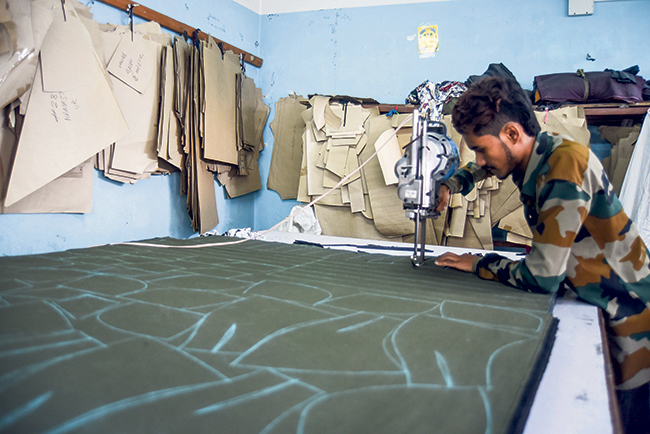 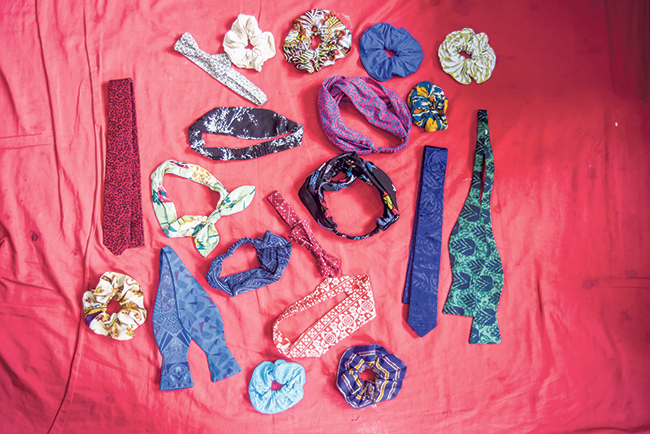 The hunt for reasonably priced clothes

You can never have too many clothes, especially during winter. But you might not always be able to afford a... Read More...

Yes, slogans like “I’ll protect your jobs” and “Make America great again” sound simplistic. But where are the sophisticated alternatives? Read More...