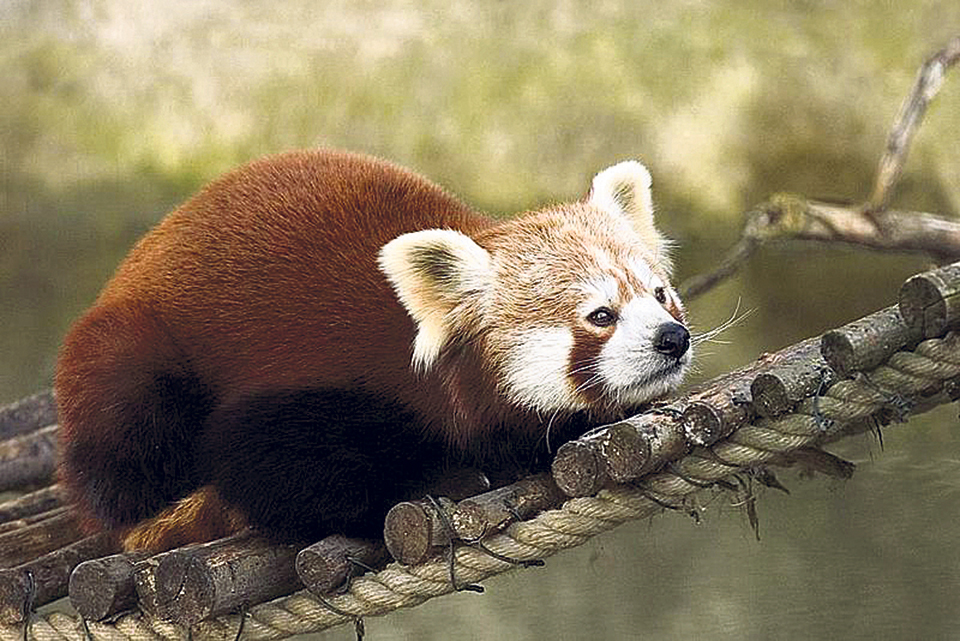 Although red panda-related arrests are on the decline with every passing year, around 90 percent cases of red panda poaching go unnoticed, according to a CIB official.

KATHMANDU, Sept 13: On September 4, the Metropolitan Police Circle Durbar Marg caught Shukra Rai and Ajit Basnet on the charge of poaching red panda. Both Rai and Basnet were on the move from Bauddha on a motorbike when they were caught with five red panda hides.

Deputy Superintendent of Police (DSP) Dan Bahadur Malla, informed that the duo accused of trafficking in wildlife have been taken into custody and investigation is underway. Malla said that the red pandas were from Solukhumbu. Earlier in January, the Central Investigation Bureau (CIB) arrested four individuals in possession of two red pandas from Budhanilkantha.

As per the data provided by CIB, red panda related arrests are decreasing with every passing year. While 11 red panda hides were captured in the fiscal year 2070/71 BS, only two hides were seized in 2074/75 BS. However, according to a CIB official, around 90 percent cases of red panda poaching go unnoticed.

According to the official, Nepal is mainly a transit point for the illegal trade.

The CIB official said the wildlife contraband has a big market abroad. China, Hong Kong, and India are the major destinations of wildlife trophies. But according to Bhupendra Yadav, an assistant ecologist at the Department of National Parks and Wildlife Conservation (DNPWC), animal parts are supplied to as far as Europe where the demand for exotic fur and skin is huge.

In China and Uttaranchal State of India, red pandas are killed also for meat for purported medicinal benefits.

Yadav said that other than poaching, habitat loss due to unplanned development activities, climate change, forest fires, natural calamities, and parasitic diseases also threaten red pandas. He added that red pandas are extremely shy animals and thus easily fall prey to guard dogs in the hilly region of the country. According to National Parks and Wildlife Conservation Act 1973, anyone involved in killing red panda shall face a fine of Rs 500,000 and/or imprisonment for five to 10 years.

Yadav said that DNPWC is aiming to improve the current red panda population. Red Panda Action Plan is set to be finalized within two months, according to him. “The plan incorporates details on threats and strategies to avoid poaching and the roles to be played at the grassroots level through high-level offices,” he said. “It has detailed provisions on community engagement and awareness generation in public about the significance of red pandas and the need for their protection.” Similarly, there are also future plans to expand Wildlife Crime Control Bureau to other districts. At present, there are offices of the bureau in 22 districts.

Nepal is one of the five countries, namely China, India, Bhutan, and Myanmar to shelter red pandas. The species is found in 25 districts in the country at the altitudes between 2,200-4,800 meters. There is no concrete data on the red panda population in Nepal and various estimates put the numbers between 317 and 582. Convention on International Trade in Endangered Species of Wild Fauna and Flora (CITES) has listed red pandas under appendix 1 while Nepal Government has categorized red pandas as protected animals. These animals, approximately 93-100 cm in length, weighing approximately 5 kg are at high risk of extinction unless appropriate measures are taken immediately.

CHITWAN, May 14: The Central Investigation Bureau has initiated a search operation to arrest 90 poachers who still are at... Read More...