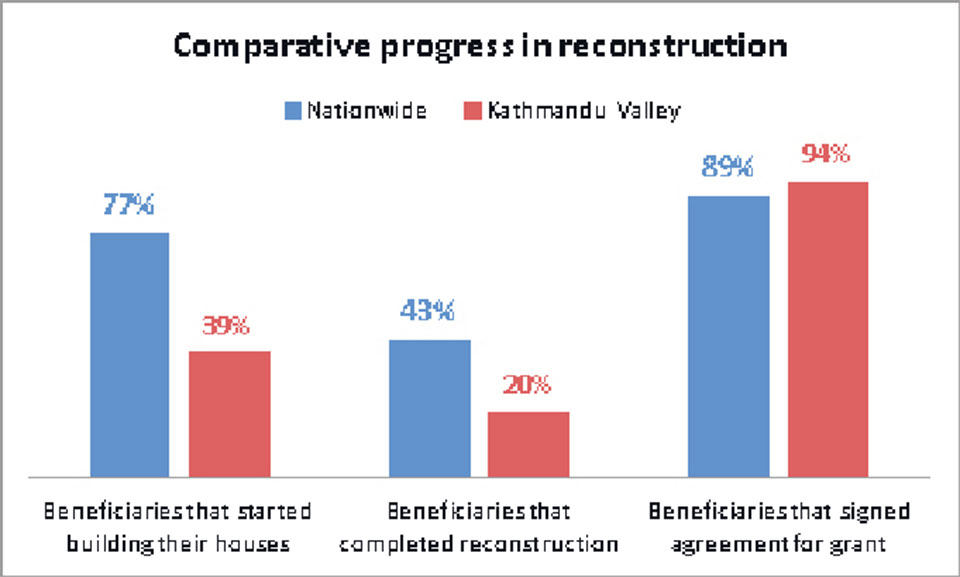 KATHMANDU, Nov 29: While the reconstruction across the nation has been picking up pace, the reconstruction of private houses inside the Kathmandu Valley has not shown satisfactory progress even three and half years after the devastating earthquakes of 2015.

He claimed that the major hindrance in the reconstruction process in the valley was the difficulty to demolish the houses affected by the catastrophic quakes.

“The houses in the valley exist in clusters, attached to each other,” he said, “It is difficult to demolish one of those buildings without affecting the others.”

Ghimire added that another major problem that has slowed down the reconstruction process in the Valley is the need for more funds in comparison to other places for the construction of houses.

“As compared to other areas, it is more costlier to construct houses in the Valley,” he said, “The authority has started providing additional grants and loans recently to address this problem.”

RASUWA, Dec 13: Rasuwa was one of the worst-affected districts by the devastating earthquakes of 2015 in terms of both... Read More...