Ready a master plan on railways to connect Nepal with Europe, Africa: House panel to govt 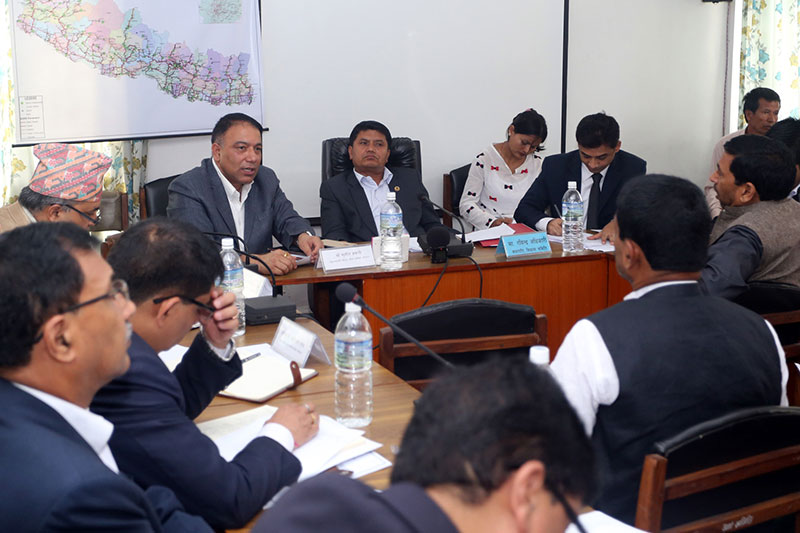 KATHMANDU, Dec 22: The Development Committee of the Legislature-Parliament has directed the government to prepare a master plan on railways so as to connect Nepal with Europe and Africa through the Trans-Asian and Trans-Siberian rail networks.

A meeting of the House panel directed the government to that end during a discussion with the representatives from the concerned authorities on Thursday.

The committee has further directed Ministry of Physical Infrastructure and Transport to complete Janakpur-Jayanagar-Bardibas rail network within a year.

Saying that public transportation in Katmandu Valley will go haywire within coming three years, the House committee directed the ministry to carry out a feasibility study on metro rail within the fiscal year.

The meeting also decided to inspect works underway for construction of Mechi-Mahakali and Janakpur-Jayanagar-Bardibas rail networks.

Responding to the questions raised by the lawmakers, Minister for Physical Infrastructure and Transport, Ramesh Lekhak said that the government wishes to speed up the works for construction of the rail networks. He claimed that Jayanagar-Janakpur-Bardibas rail network will come into operation within a year.

He further expressed his commitments to forward the works for the feasibility study and DPR for metro rail in Kathmandu within this year and conclude DPR of Mechi-Mahakali Railways and start its construction at the soonest among others.

KATHMANDU, June 9: Following the latest report that  many pedestrians have been killed while crossing the roads in Kathmandu Valley, parliament's... Read More...

KATHMANDU, Nov 18: The parliamentary Finance Committee has urged the government to resolve the problem of demonetized Indian currency as soon... Read More...

Table bill on CIEDP and TRC at the earliest: House Panel to govt

KATHMANDU, Aug 25: The Social Justice and Human Rights Committee of the parliament has asked the government to draft amendment... Read More...