Rape cases on the rise in Sunsari 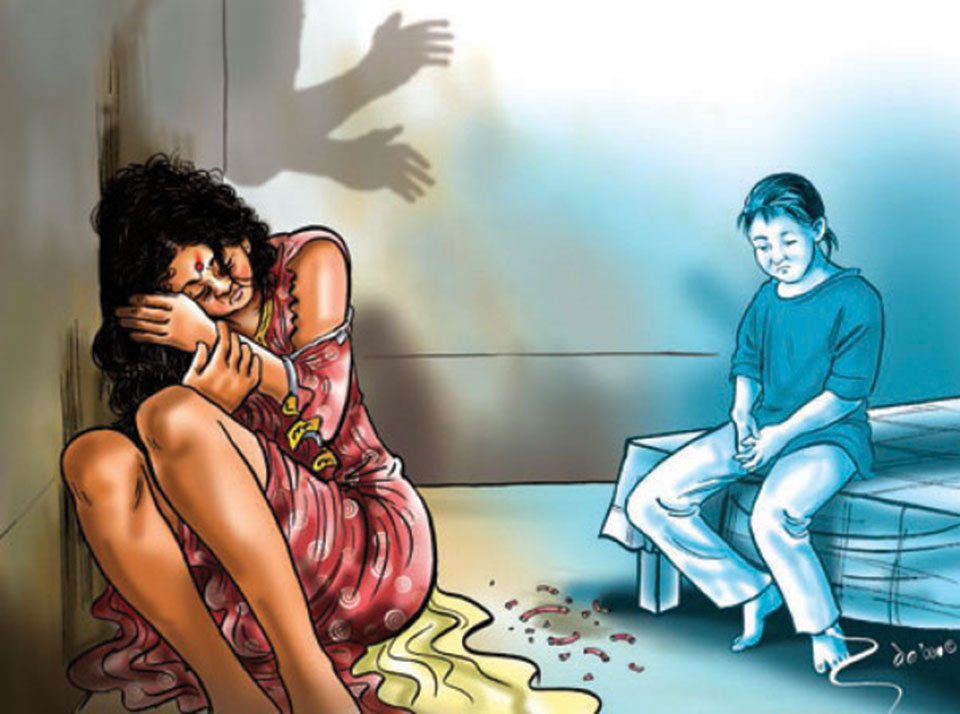 ITAHARI, Aug 13: A married woman in Itahari came in touch with Manoj Rai, 22 of Ilam a year ago. Manoj worked in a hotel in Biratchowk of Morang. The woman’s husband worked abroad. Over the year, they became good friends. They often spent time with each other and went for outings too. They told others that they were in a brother sister relationship. Some days back Manoj agreed to take the woman on an outing. Before going out, he took her for lunch in Greezone Hotel of Itahari. Reportedly, Manoj sexually assaulted her inside the hotel and the woman filed a complaint against him in Area Police Office (APO). Inspector Buddhi Prasad Chaulagain at the APC informed that his team was currently investigating the case.

A week ago, a married woman came to the house of Sudip Rai of Itahari-5. Her husband too works abroad. She shared her problems and bitter experiences with him seeking help and then decided to leave. However, the woman said, Sudip sexually assaulted her. She lodged a complaint against him and was subsequently booked by the police for investigation.

On July 11, an eighteen years old girl visited Koshi Dental Hospital of Itahari seeking treatment for her ailing tooth. After her first appointment, doctor Dhirendra Sah, 29 told her to come after two days. On July 15, she reached the hospital for the follow up. In the beginning, a nurse was assisting the doctor in filling the cavity in her tooth. However, after some time the doctor asked the nurse to leave and he then started touching the girl inappropriately.

Appalled with his behavior, the girl rushed to the APO, Itahari and filed a complaint against him. Police immediately arrested Sah but was released later after posting a bail of Rs. 50,000.

These recent cases of rape and sexual violence against women show that increasing numbers of girls are being harassed, assaulted and raped by their relatives and by the so-called educated and reputed people of society, locals say.

On March 27, a little girl of Itahari-13 was playing at her home. Some of the boys of her village whom she called her brothers told her to come with them promising to give her Rs.50. Unknown about the ill intention of her eagle-eyed brothers, she agreed to do so and was raped in the middle of a farm.

On December 31, a man raped his sixteen-year-old girlfriend of Itahari along with his friend. Culprits tried too hard to reconcile the incident silently but failed to do so as it somehow came to the light. Few months later, Pashupati Upadhyaya, then Additional Inspector General (AIG) of province 1 formed a five-member committee for investigating the case. The committee succeeded in finding out every concealed facts of the case.

Jokam Subba, 36 of Dharan-8 and his friend Jeevan Shrestha of Biratnagar were sent to jail on charges of raping the girl. Police filed a public offence case against three others including a cadre of Nepali Congress (NC) accusing them of playing the role of mediators to reconcile the incident and saving the culprits from justice.

Similarly, on May 9, 2018, Naren Limbu, 17 of Dharan invited his friend to home to celebrate his birthday. Excited for celebrating her friend’s especial day, the girl went to his home. But her excitement didn’t last for long as she was forcefully taken to his room and brutally raped. The victim somehow managed to run from his house and filed a complaint at the local police station.

On February 19, Nayan Miya of Itahari-17 raped a 15 years old girl who happens to be his sister. Victim was an eighth grader. As mentioned in the police report, victim was raped while she was in a restaurant taking her lunch. The victim did not inform her family or anybody regarding the incident in fear of being ostracized. However, she finally decided to let her parents know after she suspected that she might be pregnant. Her parents than filed a case against the culprit and accordingly the police booked Miya.

Experts claim that more victims are opening up and reporting such incidents to the police due to increasing awareness. Nawaraj Acharya, registrar at the District Court, Itahari said that instead of suffering in the dark, victims these days fight for justice. They make sure that perpetrators do not escape from the hands of law, he said.

Earlier, most of such cases used to be reconciled between the perpetrator and victim’s family. Though this practice still exists in some parts, many have started opening up about this. The growing statistics of rape cases in Sunsari are enough to understand that girls and women are becoming unsafe day by day.

As the girls and women from poor and marginalized communities are more prone to rape, perpetrators who usually have economically strong background attempt to persuade the victims for reconciliation. Financial strain and the fear of losing prestige compels victim to accept the compensation and reconcile the issue, Acharya said.

KATHMANDU, June 20: People's representatives of Melamchi Municipality-1, Sindhupalchowk have decided to contribute their one month's salary for the relief... Read More...

KATHMANDU, June 20: The Ministry of Health and Population (MoHP) has clarified that no additional laboratories have been allowed to... Read More...

KATHMANDU, June 19: At least 23 people are missing in the landslides in Bhemathang area and subsequent flood in Melamchi... Read More...