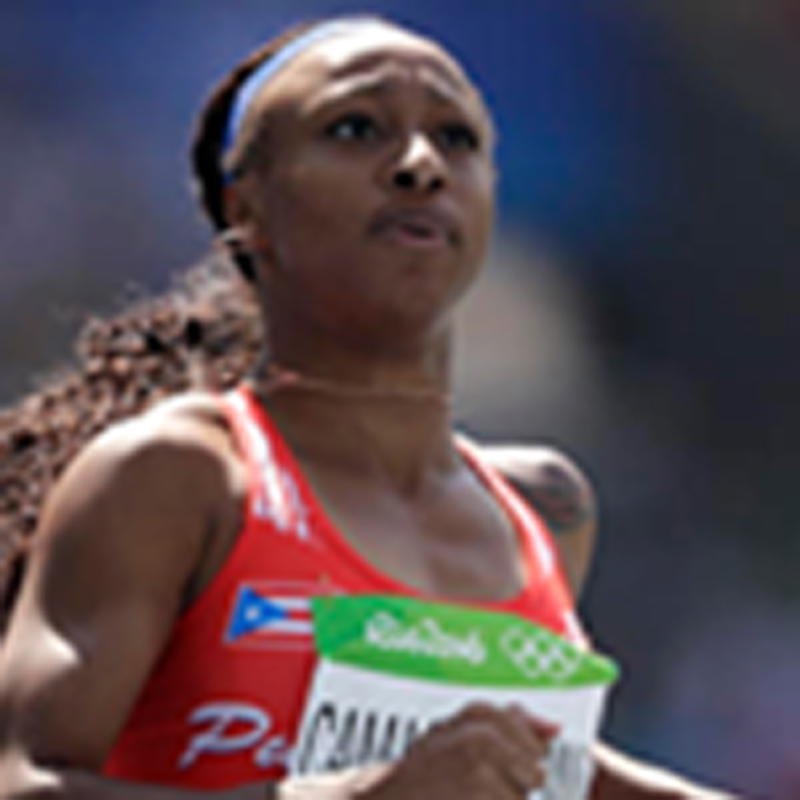 Coach Jeff Fisher said Quinn approached him earlier this summer when Camacho-Quinn was selected to the Puerto Rico national team, and the Rams allowed him to travel to Rio de Janeiro.

"We've been talking on and off for the last couple weeks, so I gave him permission a number of weeks ago and he finally made the arrangements," Fisher said. "It's a once-in-a-lifetime opportunity. It's really a neat thing for Rob and his family. It's the right thing to do, to let him go down."

Camacho-Quinn qualified for the semifinals in the 100 hurdles, finishing third in her first-round race in a time of 12.70 seconds. She will run in the second of three semifinal races Wednesday.

Fisher expects Quinn will return in time to play in the Rams' second preseason game Saturday against the Chiefs. Quinn, who missed the final eight games of last season with a back injury that required surgery, did not play last week against the Cowboys.

"Unless he has got some flight issues or something like that, we'll let him run around a little bit," Fisher said. "He'll get some snaps."

Actor Elle Fanning has revealed she decided to boycott ‘Friends’ after she could not clear the audition for a role... Read More...

What to watch at the Rio Games on Monday

URLABARI (Morang), Oct 4: A pedestrian was killed after getting rammed by a bus at Sundardulari – 10 along the... Read More...