Ramadan in Mideast is for fasting and Facebook, data shows 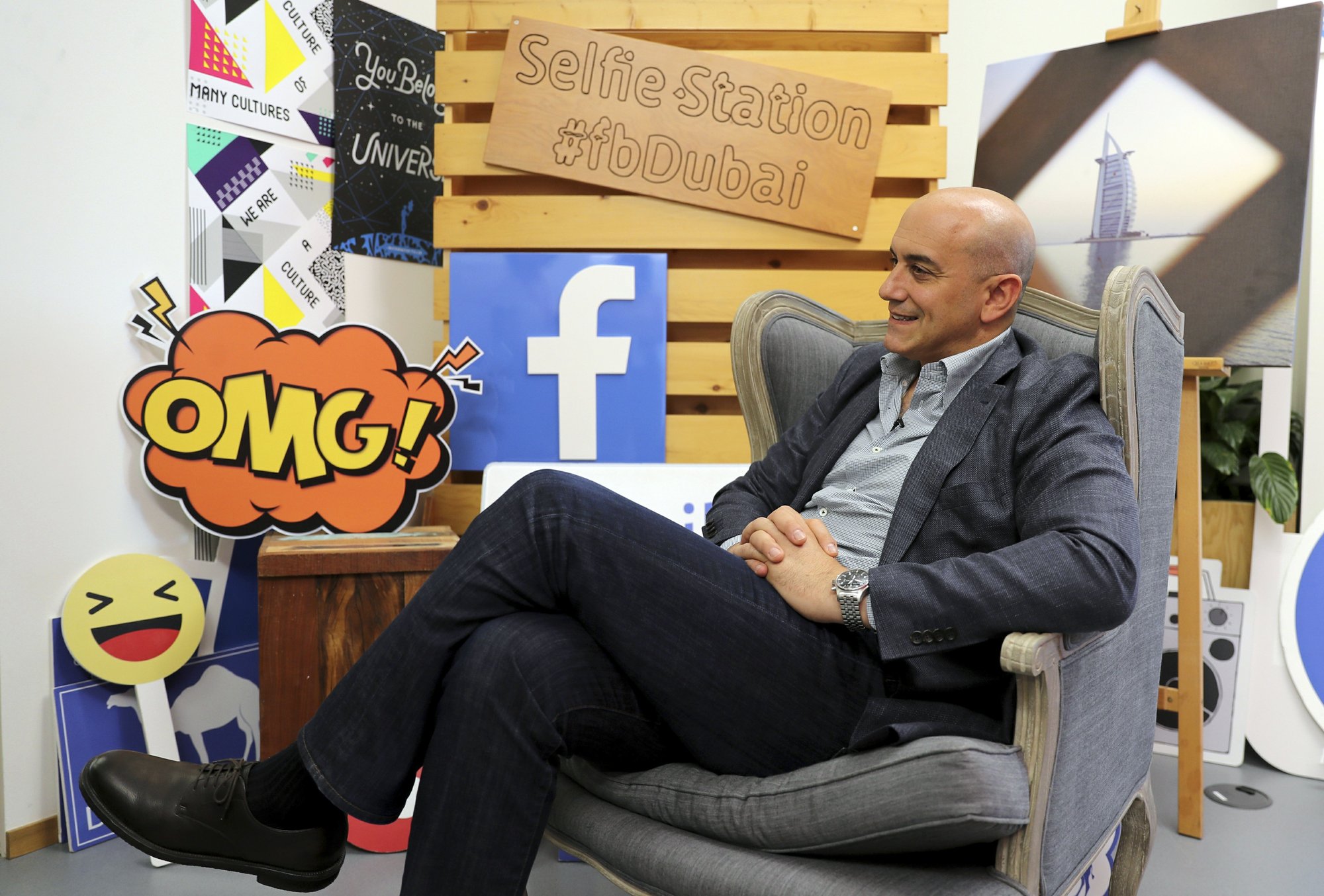 In this Monday, May 20, 2019 photo, Facebook's Managing Director for the Middle East and North Africa, Ramez Shehadi speaks to The Associated Press at the Facebook office in Dubai, United Arab Emirates. The Muslim holy month of Ramadan, with its long days of fasting and prayer meant to draw worshippers closer to God and away from worldly distractions, is being reshaped by technology. People in the Middle East are spending close to 58 million more hours on Facebook and watching more YouTube videos than at any other time of the year, making Ramadan the biggest moment of the year for advertisers. (AP Photo/Kamran Jebreili)

DUBAI, May 28: The Muslim holy month of Ramadan, with its long days of fasting and prayer meant to draw worshippers closer to God and away from worldly distractions, is being reshaped by technology.

People in the Middle East spend close to 58 million more hours on Facebook during Ramadan and watch more YouTube videos — everything from beauty tips and recipes to sports and TV dramas — than any other time of the year, making the holy month not only the most important one for Muslims, but also the prime time of the year for advertisers.

People stay up a lot more at night during Ramadan and have more downtime — especially before iftar, the evening meal that breaks the daylong fast, and the “suhoor,” when people gather to eat before another day of fasting. Many also work shorter hours during the day.

All that translates to 5% more time spent on Facebook’s platforms, or what is nearly 58 million more hours, Shehadi said. Put another way, there are almost 2 million hours of additional time spent daily on Facebook in the Mideast during Ramadan.

Ramadan is also the peak season for advertising in the region, as TV dramas and soap operas get a 151% increase in viewership on YouTube during the holy month, according to Google.

“Our revenue is a function of people’s engagement,” Shehadi said. “The more that they engage on our platforms, the more that advertisers want to be able to reach those that are engaging. That’s what drives our revenue.”

So much ad revenue is spent during Ramadan that Google launched “The Lantern Award” to celebrate the most creative and engaging ads of the month.

Yet Ramadan is not just about abstaining from food and drink, including water, during the day. It’s also about disconnecting from vacuous distractions and focusing on contemplation, introspection, acts of good, charity and connecting with God. It can appear then as a contradiction that this is also when companies ramp up their efforts to get people to buy more, view more and engage in excess consumerism.

Google does not disclose total watch time for YouTube during Ramadan, but says that in Egypt, Saudi Arabia and the United Arab Emirates, for example, viewing of sports videos jumps by 22%, travel videos by 30%, and action games, simulation and video games by 10-20% during the holy month.

“To us, YouTube brings people together. We see a lot of people wanting to watch things together,” said Joyce Baz, Google’s head of communications in Mideast and North Africa.

She added that Google products, like its search engine, are there “to simplify people’s lives so that they can focus on things that matter like being with their loved ones and family.” Google’s “Qibla Finder,” for example, helps Muslims find the direction of Mecca to pray toward, wherever they happen to be.

Meanwhile, some of the most popular downloaded apps in the Mideast on the Google Play store during Ramadan include games like Stack Ball, streaming apps like Vu and Shahid and online retailers Noon and Jolly Chic.

Iftar evening meals are a major social affair during Ramadan, ranging from lavish spreads at home to decadent five-star hotel buffets. This translates into a 16% spike in beauty product searches and an 18% spike in searches for beauty tips on YouTube, compared to the rest of the year. Also, according to Google maps, trips to the malls increase by more than 20% in the last weeks of Ramadan in preparation for the Eid al-Fitr holiday, which ends the holy month.

Fatima el-Barbar, an Egyptian mother living in Dubai, said she searches more for recipes and watches her favorite TV dramas online during Ramadan. But she said that between her job, taking care of the children, preparing iftar each night, her daily prayers and reading the Quran, the Muslim holy book, there’s little time for the internet.

“I actually have less time for the internet in Ramadan than in other days of the year,” she said.

“YouTube is a companion during Ramadan, a platform where viewers can watch what they want, whenever they want throughout the day,” Google says in its own pitch to advertisers.

To more authentically connect with roughly 180 million users in the Middle East, Facebook and Instagram launch special Ramadan icons to give people more customized ways of expressing themselves online. Instagram also has a campaign to promote acts of kindness during the month.

“We’re trying to be magnifiers and propagators of goodness as opposed to what might seem on the surface like an extension of consumerism,” Shehadi said. “It resonates with the ethos of Ramadan and certainly the ethos of Facebook, which is around bringing people together around things that matter to them.”

Haitham el-Ghoneim, a Jordanian resident in Dubai, the United Arab Emirates, said he uses Facebook to connect with friends during Ramadan, sharing traditional greetings for the holy month and checking on his family in Jordan.

Still, he doesn’t think the rest of it — all that time spent online, on games, scrolling and ads — is a good thing. “It’s not being spent in a useful way. It’s mostly fake news, or jokes and things that have no benefit,” he said.