Railway passengers without ticket to be fined Rs 25,000 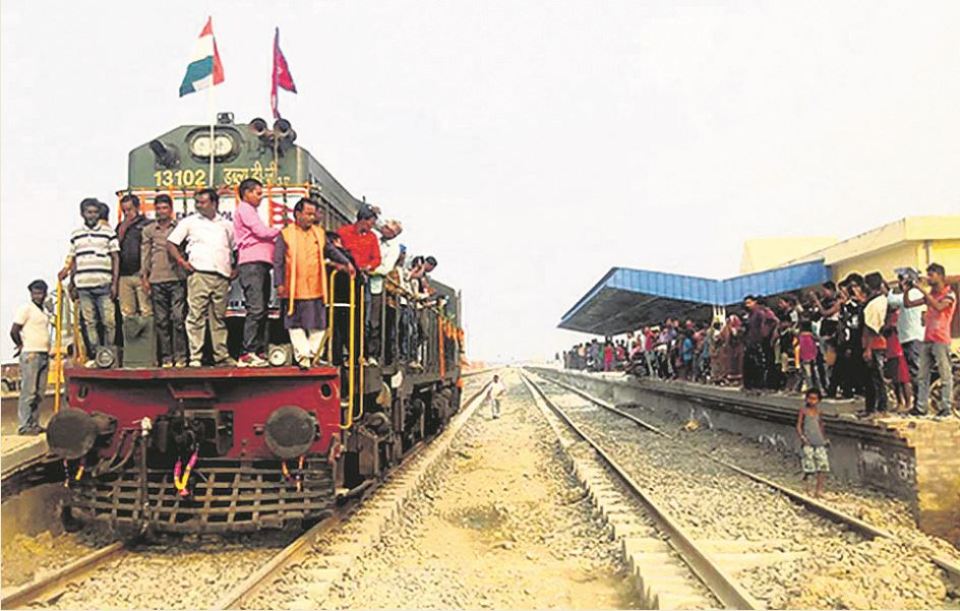 KATHMANDU, Jan 7: Any passenger using a railway service will have to face cash penalty of up to Rs 25,000 if the person is found travelling without buying a ticket.

As the Janakpur-Jayanagar railway -- the country's only passenger transport means of its type -- is about to start operation, the government has come up with the strict provision through the upcoming Railways Act.

After being endorsed by the House of Representatives, the government on Sunday tabled the railway bill at the National Assembly for final approval.

Nepal has been looking forward to operate railway services in a number of possible routes. Apart from the railway service between Kurtha of Janakpur and Jaynagar of India, the government has targeted to operate the transport service in Kathmandu-Raxaul, Kathmandu-Kyirong and Nijgadh-Hetauda-Bharatpur routes. Similarly, the East West Electrified Railway is also an ambitious project that the government has planned in order to improve connectivity within the country.

As of now, the sector is managed under the provisions of Railways Act 1963. To operate railway, the government has revived Nepal Railway Company by revising the organizational structure of the old company.

In the new provision, a fully autonomous Nepal Railway Board will work as the regulator of the sector. The board will be authorized to manage separate travelling ticket examiner to ascertain whether passengers are traveling with ticket or not.

The bill has provision allowing the Nepali company to extend railway service in other countries or foreign companies to extend their services up to Nepali land. Similarly, any foreign company wishing to operate railway service via Nepali land to connect to the third countries will be given permission based on mutual agreement. “In these contexts, Nepali government in accordance with the concerned countries can enforce its own conditions, mechanism and work guidelines,” reads the bill.

If the baggage of the travelers is lost due to the negligence of the railway authority, the board will be liable to pay reasonable compensation.

New govt in next few days, claims Dahal
19 hours ago

IN PICS: Biska Jatra kicks off in Bhaktapur
18 hours ago