CIAA chief Rai among others take oath of office and secrecy

KATHMANDU, Feb 3: Newly-appointed members of various constitutional bodies have taken the oath of office and secrecy this morning.

Chief Justice Cholendra SJB Rana administered oath to newly appointed office bearers amid a ceremony this morning at the President’s Office in Sitalniwas.

Almost four dozen appointments were made in various constitutional bodies earlier in December, 2020 before the dissolution of the House of Representatives (HoR).

Following the dissolution of the lower house, the newly appointed office bearers were sworn in without parliamentary hearings.

As per the Work Procedures Regulations 2075 BS of the federal parliament, there is a provision of automatic appointments of those recommended by the CC meeting if their hearing is not held for 45 days. 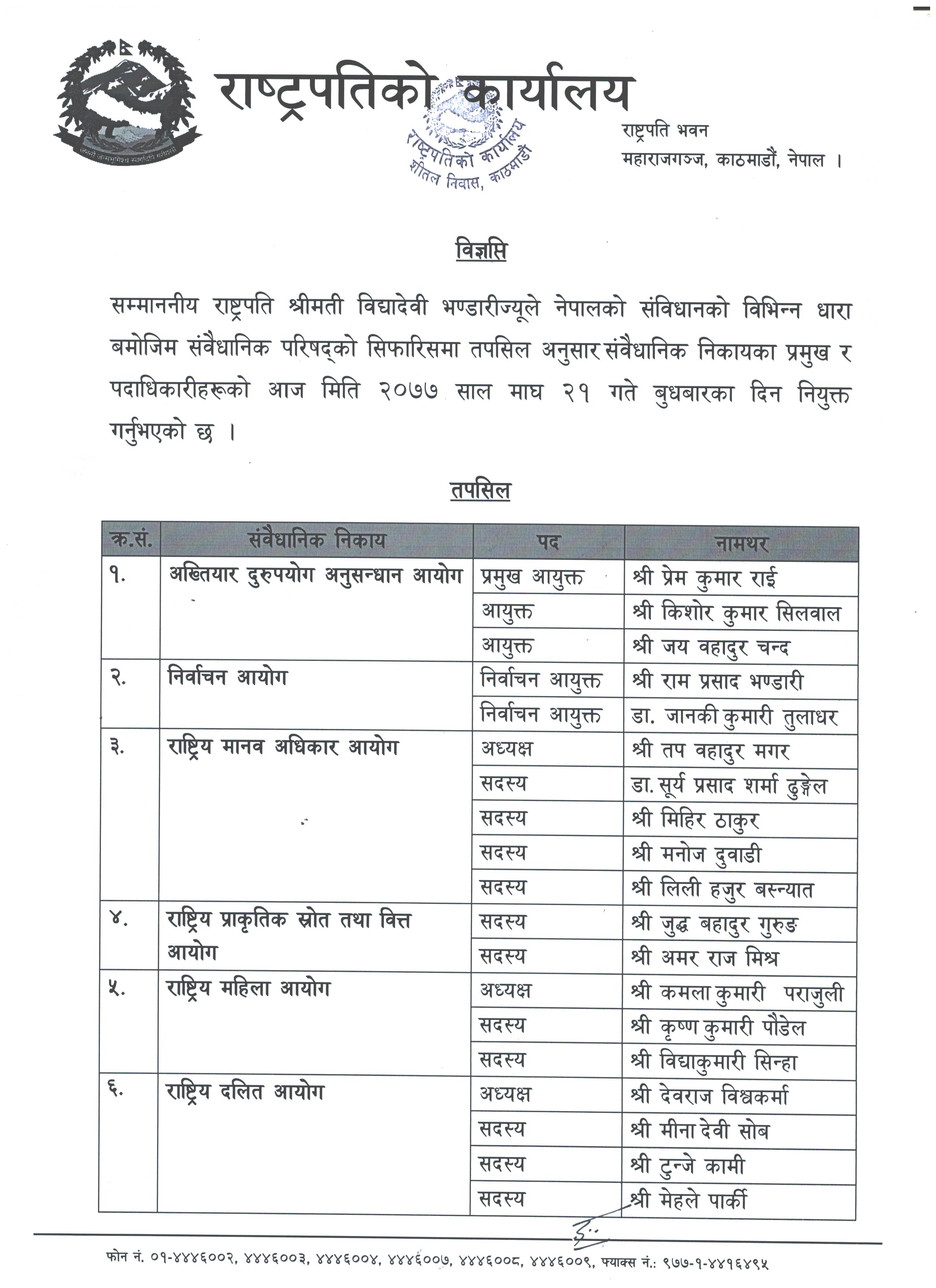 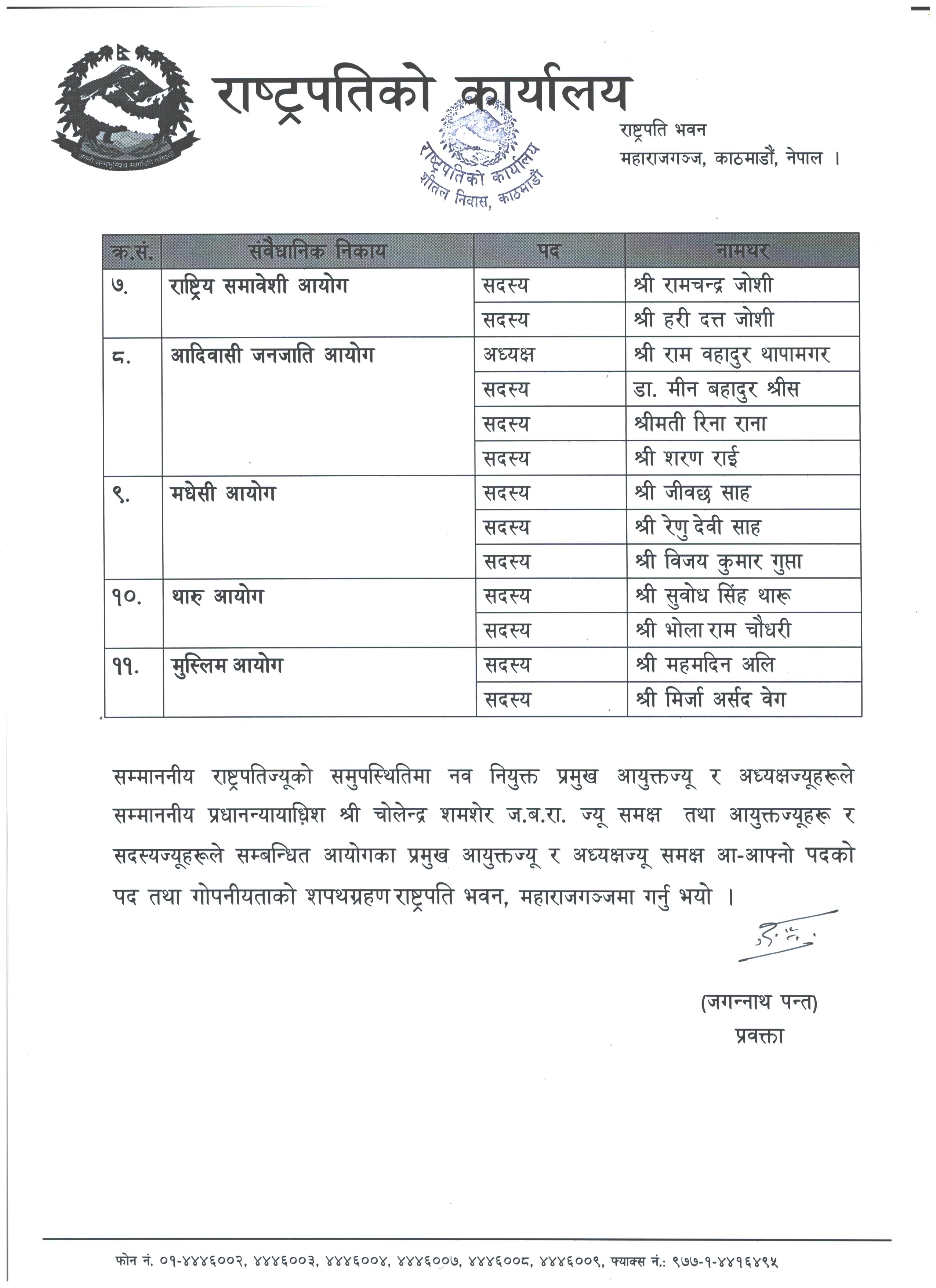