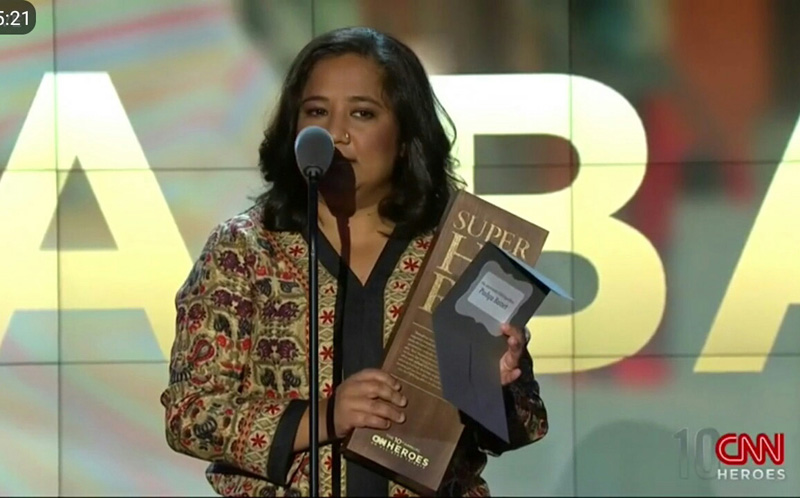 KATHMANDU, Dec 12: Nepali social worker Pushpa Basnet has been declared the CNN Superhero on Monday amidst a ceremony on the occasion of the 10th anniversary of the CNN Heroes Campaign.

She also received a cash prize of USD 50,000 from the global television giant.

Basnet is the founder of the Kathmandu-based Early Childhood Development Center that looks after the children forced to live with their parents in prisons.

She overcame other contestants— Robin Lim, Liz McCartney, Efren Peñaflorida and Chad Pregracke— to win the title through online voting. She had already won the CNN Hero title in 2012.

While receiving the honor, Basnet extended her thanks to all for turning her dream into a reality.

“Thank you everyone who voted for me. Especially the CNN team and the Heroes Team and everyone, thank you for making my dream a reality,” she said.

KATHMANDU, Dec 13: Nepali social worker Pushpa Basnet has been named as the CNN Superhero on Monday. She overcame four other... Read More...

KATHMANDU, Dec 10: Social worker Pushpa Basnet, who has been involved in exemplary work by providing shelter to the children... Read More...