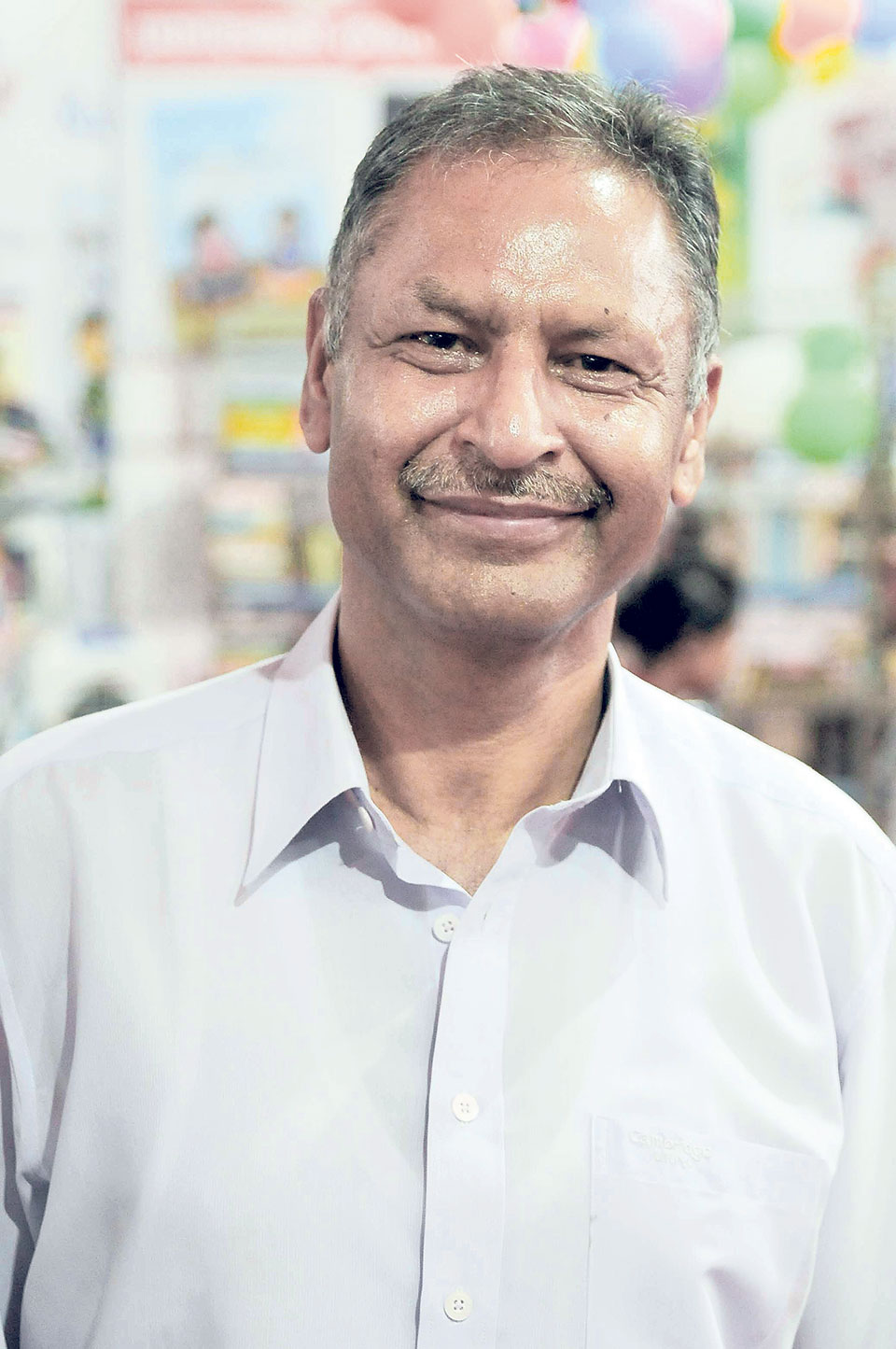 Poet and lyricist Dinesh Adhikari, who has more than 500 recorded songs to his credit, is one of those people who has easily managed to win the hearts of people through his words. Adhikari, former joint secretary of Ministry of Health and Population, is the man behind the famous words of Naryan Gopal’s Yo Samjhiney Mann and Tara Devi’s Soche Jasto Hunna Jeevan. His other famous works include pop song Pani Pani Vayo Mann and books like Bhariya ko Bhugo and Dharti ko Geet.

Adhikari says he grew up in a very literary environment, always surrounded by books and music. “I was influenced by my family and friends,” he says adding that when you see people around you reading and writing, it’s hard not to feel compelled to do the same. Writing, for Adhikari, has always been a passion and he has taken the hobby quite seriously, pursuing it just like one would pursue a career.

His first published work was Antarka Chitra Haru in 2032 BS. Since then, Adhikari has penned a lot of lyrics and poems with each one telling a different story. “If you compile all my work, then it might seem like a story of a complete journey of life,” he says adding that as life makes you go through different emotions, his work too deals with varied human emotions. Heavily relying on metaphors, Adhikari’s works talk of struggles, pleasure, love, happiness, sorrow, and patriotism as well.

Adhikari confesses that he spent many sleepless nights pondering over a poem and always tried to better his writing style.

Adhikari says that he is a creative writer rather than a professional one. It is because of this that writing never felt like a burden or a challenge to him. “I never had to worry about the deadlines and other stressful situations that come with being an author,” says Adhikari. This, however, doesn’t mean that he didn’t take his hobby seriously. Adhikari confesses that he spent many sleepless nights pondering over a poem and always tries to better his writing style. He too suffers from writer’s block time and again, but he has managed to not let it affect the final outcome.

And his hard work has definitely paid off. He has been honored with more than 20 major awards including the prestigious Madan Puraskar and Prabal Gorkha Dakshin Bahu. And now, the award-winning writer is coming out with a new book, Tasbirko Katha which promises to be every bit as interesting and captivating as his previous works.

The Blue for my pain, Green for the nurture Red for my future ... Read More...

Souls of my city- Art: more than passion

According to Dibesh Pradhan, a designer by profession, work is secondary to survival. ... Read More...

He wanted to provide a platform to some budding Nepali dancers in France, which is how the YouTube channel Avash... Read More...