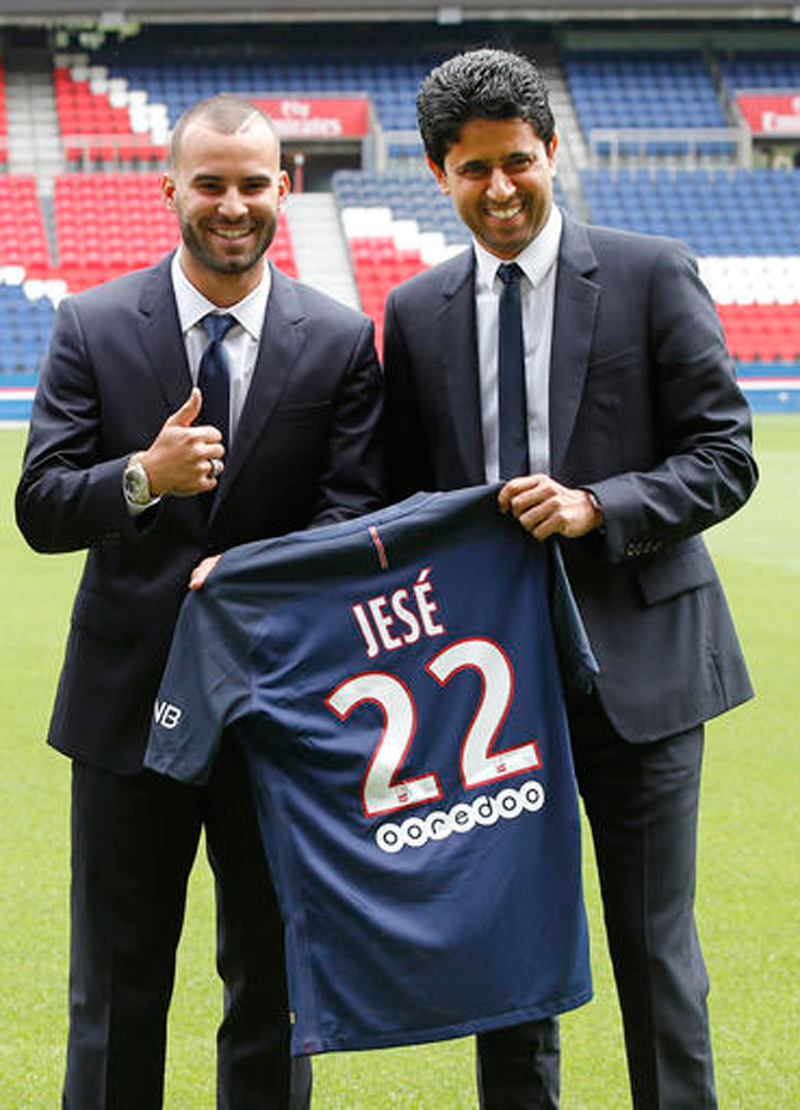 PARIS, Aug 10: With its star striker gone and a new coach at the helm, Paris Saint-Germain begins a new era in the French league, one likely to be marked by much more domestic success.

Even without Zlatan Ibrahimovic, who left for Manchester United after becoming PSG's all-time leading scorer, the Parisian club looks stronger last season when it won a fourth consecutive French league title as well as both domestic cups.

PSG's dominance last season removed any drama or suspense from the title race. The club finished with a record 96 points in the league, 31 more than second-place Lyon, and scored 102 goals in 38 league matches, conceding only 19, two below Marseille's previous defensive record of conceding 21 goals in the 1991-92 season.

PSG picked up where it left off, claiming the Champions Trophy — the traditional curtain-raiser to the French season — for a fourth straight year with a 4-1 win over Lyon last weekend.

"I said before that we would try to reduce the gap, but it remains too big between PSG, us and the other teams," Lyon coach Bruno Genesio acknowledged after the loss.

PSG starts the defense of its league title on Friday at Bastia.

"It's too early to say that we are very strong, but we are very optimistic," PSG president Nasser Al-Khelaifi said. "I've plenty of confidence in my coach and players. I'm convinced that we are stronger this season."

The reinforcements should be enough for PSG to continue its dominance in a league lacking competition and real financial power. They are also expected to help PSG make a new step toward winning the Champions League, which has turned into an obsession for Al-Khelaifi.

Despite leading PSG to back-to-back domestic trebles, Blanc fell short in Europe as the club failed to get beyond the quarterfinals in four straight seasons. Emery has been brought to PSG to make that change.

"This is our big goal, but we want to progress with the team before that," Al-Khelaifi said. "The style of play, trust, there are many details, and Unai Emery is working very hard to correct (that). We saw that in the Champions League, it's the details that count if we want to go far and this is what the coach is doing."

In addition to Emery's Europa League successes, PSG's new players are also bringing valuable European experience into the rejuvenated team. The 23-year-old Jese won the Champions league twice with Madrid while Krychowiak, 26, lifted the Europa League with Sevilla over the past two seasons.

Here are other things to know ahead of this weekend's first round of matches in the French league:

After an inconsistent first half of 2015-16 season, Lyon put together a series of excellent results to finish runner-up to PSG.

Alexandre Lacazette's decision to stay at the club means Genesio's team again is likely to be the main threat to PSG in the race for the title. The club also convinced midfielder Corentin Tolisso to reject a big offer from Napoli, while defender Nicolas Nkoulou has been hired to make up for Samuel Umtiti's departure to Barcelona.

Lacazette, who scored 21 goals in 34 league games last season after netting 27 in the previous campaign, could miss Sunday's game at Nancy after picking up a left thigh injury in the Champions Trophy.

New Bordeaux coach Jocelyn Gourvennec has been very active on the transfer market, with the six-time champions making astute purchases.

Bordeaux also secured the services of highly praised full back Youssouf Sabaly on a one-year loan from PSG and bolstered its attack with forward Francois Kamano.

"The project in place here convinced me," Menez said. "The ambition is to get Bordeaux back into Europe. It's a club that deserves to be playing in Europe."

Back to Monaco this season after a disappointing two years on loan at Manchester United and Chelsea, Radamel Falcao is among the rare star players of the French league.

But the 30-year-old Colombia forward, whose career has been blighted by knee injuries, is already out for several weeks because of a hamstring problem he suffered in the final qualifying round of the Champions League.

Monaco coach Leonardo Jardim said he believes Falcao remains one of the best strikers in the world and plans to use him in a partnership with Valere Germain up front.

Monaco starts its campaign with a home game against Guingamp on Friday.

Country already into new era of prosperity and development: PM