Provincial assemblies, too, can be dissolved: Minister Tumbahangphe 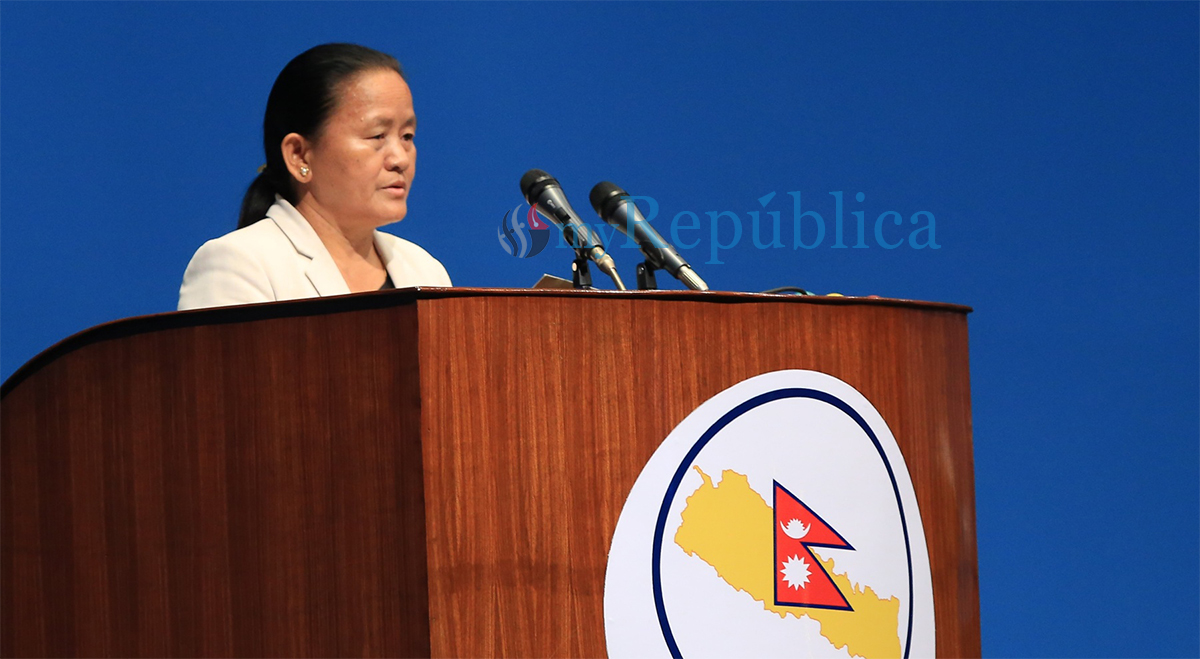 BIRATNAGAR, Jan 4: Minister for Land Management, Cooperatives and Poverty Alleviation, Shivamaya Tumbahangphe on Monday said that the provincial assemblies, too, could be dissolved.

Speaking at a press conference in Biratnagar Monday morning, the minister, who is close to the Oli-led faction in the ruling Nepal Communist Party, said that the provincial assemblies could be dissolved in line with the constitution and provincial laws as the national politics has already started showing its impact on the provincial governments.

Tumbahangphe, who is also the immediate past law minister, said that the provinces can operate or dissolve their assemblies on their own as per the provincial laws.

The federal minister's statement comes at a time when chief ministers of Province 1 and Bagmati Province are in trouble following the split in the ruling Nepal Communist Party two weeks ago after Prime Minister KP Sharma Oli dissolved the House of Representatives and announced midterm elections.

As a reflection of the vertical split in the ruling NCP in the center due to a rift between the two factions - one led by KP Oli and the other by Pushpa Kamal Dahal - the provincial governments have run into trouble.

Stating that the government has already turned into a caretaker one after the dissolution of parliament, the minister argued that Prime Minister Oli expanded the Cabinet to smoothen the government's job.

Tumbahangphe said that Prime Minister Oli had decided to go for midterm elections to get a fresh mandate even though the constitution has not categorically stated about the dissolution of parliament by the prime minister. "The prime minister's move to dissolve parliament is as per the rule of law," she said.

Govt enforcing single digital platform to minimize hassles faced by export and import traders
18 hours ago
Nepali Congress to organize protest programs in all 6,743 wards against House dissolution on Thursday
22 hours ago

India, 'pharmacy of the world', starts COVID vaccine shipments to neighbours
21 hours ago

First COVID-19 vaccine consignment gifted by India to Nepal arrives in Kathmandu (with photos)
1 hour ago
Two edible oil producers slapped cash fine of Rs 300,000 each for charging exorbitantly high prices for their products
7 hours ago