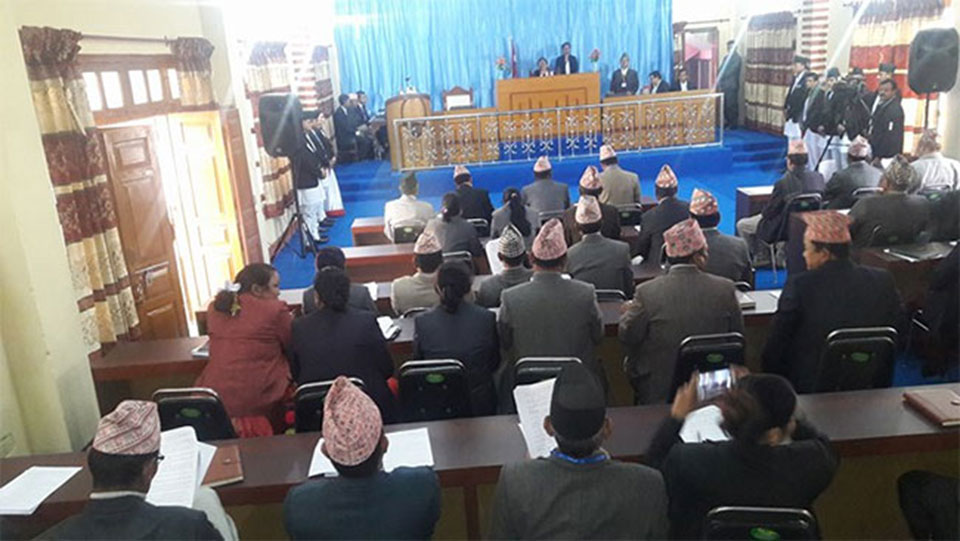 KATHMANDU, May 3: The government of Province-7 has urged the federal government to immediately resolve the border issues of Kanchanpur.

A cabinet meeting of Province-7 held on Wednesday decided to urge the federal government to sort out the border clash issues through diplomatic channels.

According to the Minister for Internal Affairs and Law, Prakash Bahadur Shaha, the tenure of the Nepal-India joint survey committee, which is formed to resolve the border issues, is likely to expire, so the provincial government also decided to extend the tenure of the committee.

The border dispute has emerged as a burning issue since last year, with sporadic clashes.

Earlier, Govind Gautam, a local, lost his life in a gunshot fired by SSB in a clash that took place at Ananda Bazar, Punarbaas, Kanchanpur.

Govt urged to upgrade anti-torture law as per int'l standard

KATMANDU, Feb 28: Stakeholders have suggested the government to upgrade several anti-torture legislations and make them further compatible with the international... Read More...