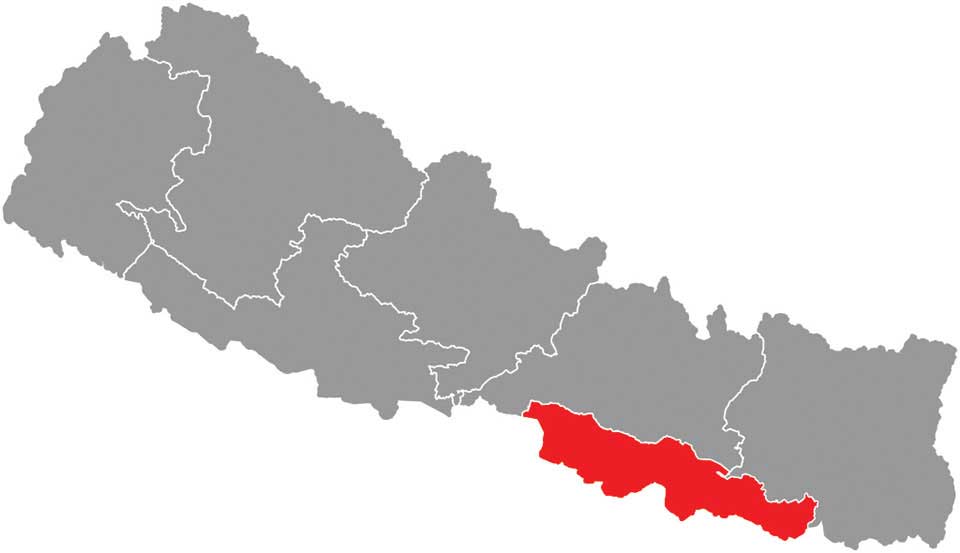 LAHAN, Feb 17: On Wednesday, Udayapur Police arrested two youths from the border while they were transporting 917 ampoules of liquid drugs from India into Nepal. Police have has filed a complaint against the arrestees Ganesh Gupta, 26, and Om Prakash Rai of Triyuga Municipality-6 on the charge of drug peddling.

Last Wednesday, police arrested a teenager from Siraha Municipality-17 with 598 ampoules of injectable drugs. A case of drug peddling has been filed against the arrestee Bablu Kumar Yadav, 19, of Janaknandani Rural Municipality-2 of Dhanusha district.

Just a day ago, three youths were arrested while transporting drugs from India. Baba Tamang, 34, of Udayapur Katari Municipality-4, Ganesh Paswan, 21, and Rajesh, 18, of Siraha-1 were caught with 14 Nitrosun tablets.

Last Monday, two youths were arrested in Naraha Rural Municipality-3 of Siraha along with a huge cache of drugs. Siraha Police has kept Dipendra Yadav, 22, of Golbazar Municipality-8 and Gokarna Thapa, 25, of Katari Municipality-1 under custody to investigate the case.

These are just a few cases of illegal drug trafficking in the border. Dozens of youths are being arrested every month for their involvement in drug abuse and trafficking. It has been reported that a large network of drug traffickers is active in the districts of Province 2 that border with India.

JANAKPUR, June 18: The government of Province 2 has prioritized infrastructure development, irrigation and education sectors in the budget for... Read More...