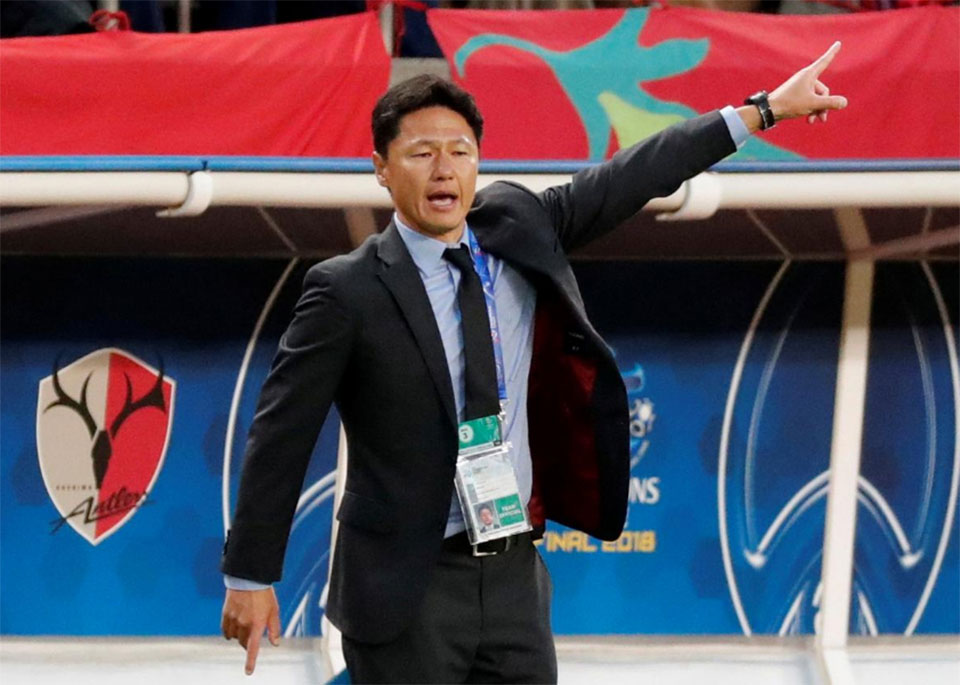 Kashima claimed their first continental title with a gutsy scoreless draw against Persepolis at the imposing Azadi Stadium on Saturday to seal an aggregate victory following a 2-0 win on home soil in last week’s opening leg.

With the victory, Oiwa’s team became the second Japanese club in a row to win the Asian Champions League after Urawa Reds’ success in 2017, earning Kashima another trip to the FIFA Club World Cup in the United Arab Emirates next month.

“I am so proud that we have won the Asian Champions League title for the first time,” Oiwa told reporters.

“We played Real Madrid in the final of the FIFA Club World Cup two years ago but, for me, tonight is more satisfying as we won the title.

“The name of Kashima Antlers will now echo throughout Asia.”

Oiwa was an assistant coach when Kashima, who qualified as J.League champions, reached the final of the 2016 FIFA Club World Cup on home soil and he took over at the helm when Masatada Ishii was fired six months later.

In that final, a Cristiano Ronaldo hat-trick carried Real to a 4-2 extra-time victory in Yokohama and Antlers could face the Spanish giants again in the semi-finals of the global tournament next month if they can find a way past Mexico’s Guadalajara.

Antlers’ Asian title was built on an impressive win in the first leg when Brazilian duo Leo Silva and Serginho scored to give the eight-times Japanese champions a significant advantage for the second leg in front of 80,000 fans in Tehran.

Despite a concerted effort by Branko Ivankovic’s side to haul themselves back into the tie, with striker Ali Alipour a constant threat, Kashima held firm to become the third Japanese club to win the Asian Champions League since its 2002 inception.

“It was a very tough game but my players were very mobile, battled well and I am delighted with the result. I lost my voice but it is worth it,” Oiwa added.

“Persepolis were the strongest team we played in the Asian Champions League this year. It is not just the team and tactics, but their fans too, who were magnificent.

“I said that our aim was to win in the Azadi Stadium but we all saw how difficult it is to play Persepolis in their home ground. I wish them all the best.”