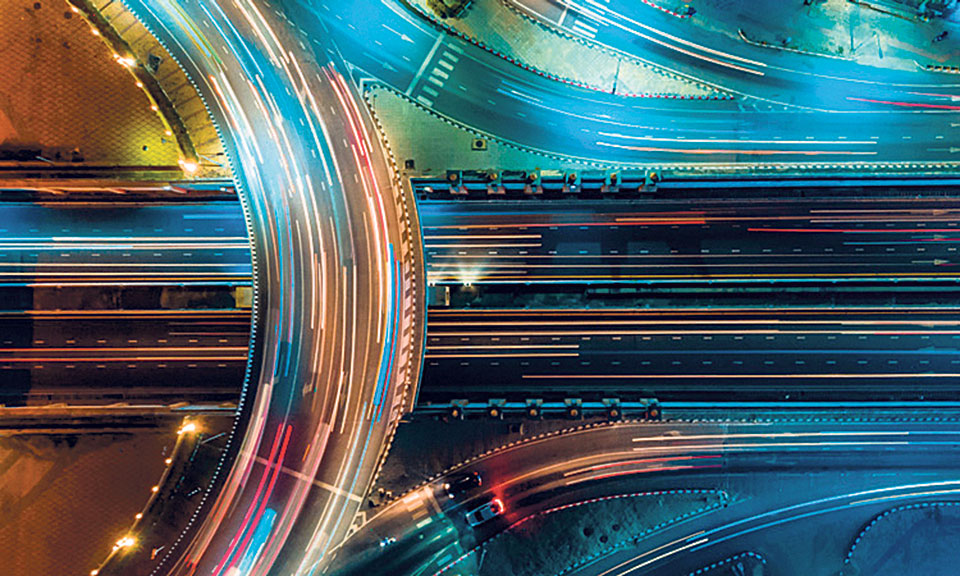 As the country that lies between India and China, Nepal can play an important role in connecting Central Asia with South Asia

The Central and South Asian regions have deep socio-cultural and geo-economic ties. Both have a long history of economic and cultural connections after people from Central Asia migrated to South Asia. Consequently, cultural and religious influences extended in both regions.

Central Asia is the global hotspot of resources with 0.95 percent of the total world population whereas South Asia has huge market as it accounts for 24 percent of the world’s population, the most populous and the most densely populated geographical region in the world. Even though Central Asia is rich in resources, it is dependent on other countries, despite being enormously rich in natural resources like oil and gas. With trade routes to and from all the regional powers, investment need in energy resources and infrastructure is immense. In this context, connectivity plays an important role within Central Asia.

With massive economic potential, Central Asia can provide copious prospects in terms of trade in raw materials and industrial goods. However, having resources is not only enough, the resources should be explored by the country itself or allow other countries to invest.

Nepal can become a connecting hub in Central Asia. Lying in unique geostrategic location between India and China, Nepal can play an important role in connecting Central Asia with South Asia. India and China have as much important role as China is also an observer of SAARC.  Connectivity could be further strengthened within BBIN (Bangladesh, Bhutan, India and Nepal) but Bhutan has already announced that it would not approve Bangladesh-Bhutan-India-Nepal motor vehicle agreement for the time being. Bangladesh wants direct connection with Nepal in energy and Nepal expects to use the ports of Bangladesh. At the moment, Nepal has been utilizing the ports of Calcutta and Chennai. If Nepal uses Indian ports in Shahebganja, Kalughat and Banaras, exporting and importing goods will be easier. But connectivity issue, though often raised within SAARC, has been challenging to implement. Consequently, BIMSTEC is being prioritized over SAARC.

But South Asia can be further connected through China-led Belt and Road Initiative (BRI). BRI has potential to accelerate economic growth across Asia Pacific, Africa and Central and Eastern Europe. South Asia will benefit from BRI. Through BRI, China is going to reconnect the world to share prosperity through various means of economic collaboration. Infrastructure projects under BRI will be a key for Nepal’s development, helping Nepal to achieve the developed country status by 2030.

Like BRI, the United States has also come up with the vision of Indo-Pacific Strategy with the aim of connecting Indian and Pacific Ocean. Thus Central Asia can witness huge investments through BRI and IPS. It will definitely help South Asia if it can benefit from BRI and Indo Pacific Strategy.

To achieve the 17th Sustainable Goal of the UN, Nepal should either modernize agriculture or expand its connectivity with developed countries.  If any developed country could open a multinational company in Nepal, it will create jobs for the locals. Though Nepal is not a huge market in South Asia, it can be a medium for exporting goods to two rising powers. Nepal could reap benefits from revenues.

However, it is unfortunate that South Asia, the region with huge market that can be connected through Central Asia, is lacking integrity. South Asia is still one of the most disconnected regions with mutual distrust, political animosity, lack of transport facilities and so forth. As a result, the regional connectivity has been limited only in the discussions. Lack of proper connectivity has made the matters worse.

In this respect, Nepal can become a connecting nation. Establishing connectivity link with or through Nepal will also help expand the market of the developed countries.

Kathmandu is secretariat of SAARC, Dhaka that of BIMSTEC. If the two are connected, this will prepare a foundation for cooperation between South Asia and Central Asia. The extension of road connectivity through China to Nepal to India could also link Central Asia because Shigatse is connected with Central Asia with rail and road. Moreover, China has already initiated the Shigatse to Kerung Railway project. Feasibility study of Kerung-Kathmandu Railway has been already forwarded.

Thus Nepal should take initiative to coordinate and cooperate with other nations of Central Asia through SAARC. Nepal should be able to play the role of ‘vibrant bridge’ connecting Central Asia and South Asia which can be connected through China and India. There are a lot of opportunities for Nepal.  It needs to be able to tap into them.

What are Nepali youth thinking?

Do we have a government?

Until and unless the people realize that they have a state at the time of emergency, the political system -... Read More...