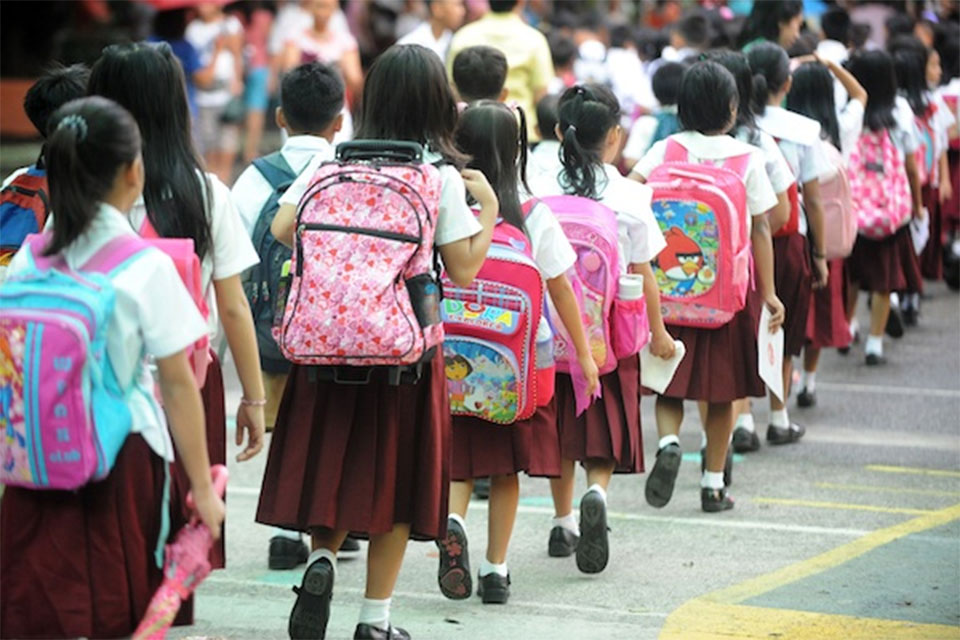 KATHMANDU, March 30: As in previous years, private schools have hiked their fees, up to 30 percent this time, breaching the rules set down by the government.

There are nearly 6,000 private schools in the country and  about five times as many public schools, according to  private school organizations.

Keshav Puri, president of the Guardians' Association Nepal (GAN), said up to Rs 40,000  monthly is charged by private schools in Kathmandu Valley. "Adding to our woes, the private schools have increased  the fees up to 30 percent  for the coming session," he said. "Around Rs 10,000 has been charged as re-admission fees, which is against the rules."
The Fee Restructuring Directive 2013 requires schools to increase their fees only with the approval of  the district education office. Moreover, the Supreme Court directed  private schools about three years ago not to review the fee scale at less than  three year intervals.
"But the private schools, which hiked the fees up to 60 percent  last year, have increased them again," said Puri. "They additionally charge  annual fees under different heads. They have milked  the guardians like cash cows and the government has failed to do anything."
"The government  is a mute spectator  as the federal scheme has handed over major responsibilities  to the local bodies, which in turn are reluctant to address such concerns," said Puri. "And  private schools have been  taking advantage of this lax situation."
According to  GAN,  private schools including even Rato Bangla, Little Angels, Galaxy Public and Matribhumi have increased their fees to their own liking.

However, Bijaya  Sambahamphe, president of the Private and Boarding Schools Organization Nepal (PABSON), said that  private schools increase their fees every year because of  inflation . "The fee hike by 30 percent  is not true. We have asked the schools to propose their free structure to the  authorities concerned,"  he said, "Schools should be able to justify  increased fees."

"But increasing the fees  every year is unavoidable as  government rules on fee structure are impractical,"  Sambahamphe added. "We would have to shut down the schools if we abide by the existing rules," he continued. "We have to determine the fees as per the facilities and the needs of the schools. If the guardians are happy to pay, there is nothing wrong in  charging them more."

According to the Education Ministry,  schools violating the law can be subjected to action, including up to termination of their government license. However, the laws exist only on paper.

Meanwhile, Minister for Education Giriraj Mani Pokharel told Republica that he would study the problem and take necessary action.

NRB flexible on transaction via electronic wallet, while being stern on fee of interbank ATMs uses
18 hours ago
Ruling coalition in Jeopardy
13 hours ago