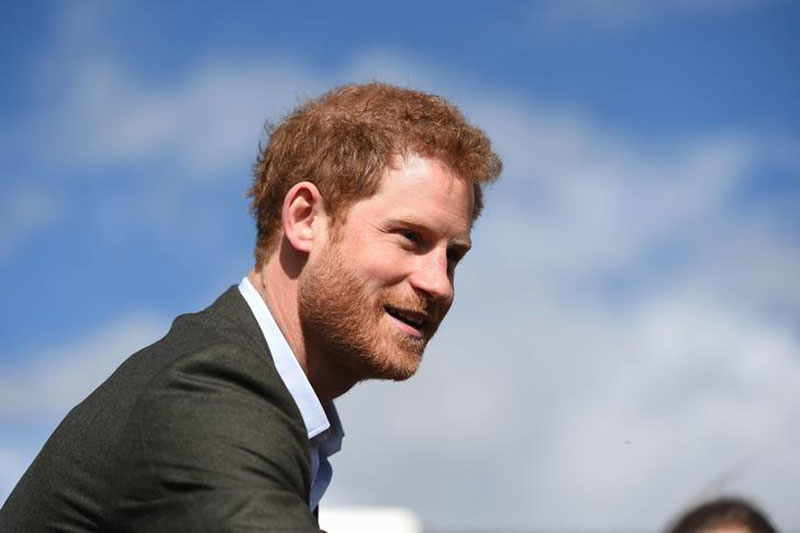 Britain's Prince Harry sought counselling in his late twenties to help deal with the grief of losing his mother more than a decade earlier, he told the Telegraph newspaper.

Harry, whose mother Diana died in a car crash in Paris in 1997 when he was just 12, said he had come "very close to a complete breakdown" on several occasions after shutting down his emotions, impacting both his work and his personal life.

"My way of dealing with it was sticking my head in the sand, refusing to ever think about my mum, because why would that help? It's only going to make you sad, it's not going to bring her back," he said in an interview published on Monday.

"So from an emotional side, I was like 'right, don't ever let your emotions be part of anything'."

He said his older brother Prince William had encouraged him to seek help and he had been to see "a shrink" several times. He also took up boxing to help deal with aggression after feeling he was "on the verge of punching someone".

"(I) started to have a few conversations and actually all of a sudden, all of this grief that I have never processed started to come to the forefront and I was like, there is actually a lot of stuff here that I need to deal with," he said, adding that he had experienced two years of "total chaos".

The princes' mother Diana was married to heir-to-the-throne Prince Charles between 1981 and 1996, when the couple divorced. She was killed when the car she was in crashed while being chased by paparazzi on motorbikes.

Harry, who is fifth in line to the throne, described at times facing anxiety during royal engagements but said he was now in a "good place".

He served in the British Army for 10 years, including two stints in Afghanistan, and now works with several charities including supporting wounded soldiers. Along with William and William's wife Catherine, he also set up a mental health charity.

KATHMANDU, Jan 5: As many as 4,300 models of mobile phones have received type certification from Nepal Telecommunications Authority (NTA). ... Read More...